Echosmith, a band consisting of a quartet of young siblings. There’s something to be said of family members who get together to make music. Communication often happens without saying a word, an indescribable but a tangible connection, which shows itself during a performance; like a dream… 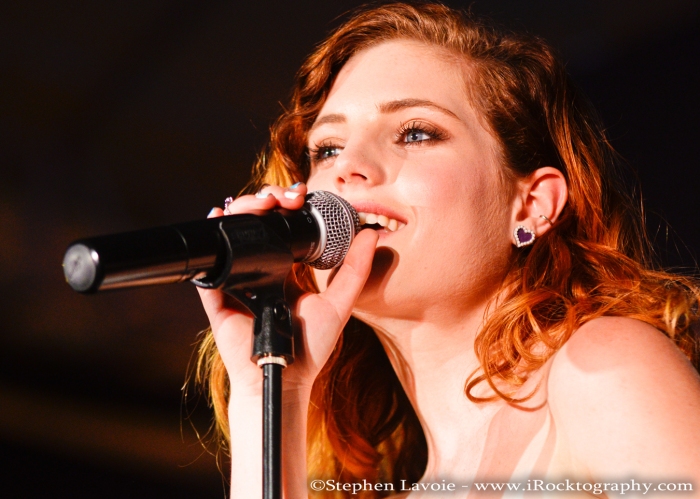 Basically, a bare bones set-up, plugged-in acoustic set. I missed the first few songs, trying to find a parking space, but from a long distance, I could hear the crowds response, so I knew it started well. The acoustic set was ideal for this young band, you could to hear nuances in the vocals and other instruments, that you might miss over the radio. Maybe change percussion, rather than studio shakers, go with a cajón, one of those box-shaped drums you sit on. None the less, an impressive performance, for sure. 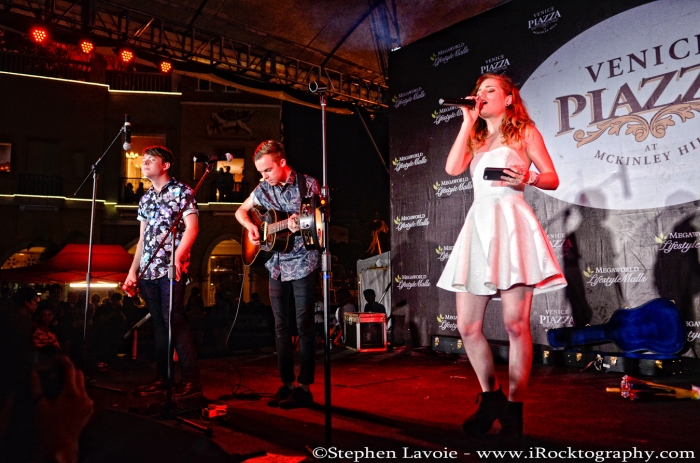 Eagerly awaiting the concert, since the release of the song “Cool Kids”, excited fans couldn’t wait to hear from their indie-pop heroes, with a decent-sized crowd showing up. The band consists of the Sierota Siblings, Graham, Sydney, Noah, and Jamie, who range from ages 15-21. Graham plays drums, Sydney sings lead vocals and occasionally plays guitar, keys and percussion, Noah on bass and sings backup vocals, and Jamie who plays guitar and sings backup vocals as well.

Sydney’s got plenty of charisma, a natural, an on-stage skill you’d expect to see in a more seasoned performer, nice work. At times, shared some sage advice in-between songs, referring to a lyric, “I wish that I could be like the cool kids, ’cause all the cool kids, they seem to fit in,” She explained, “just accept yourself for who you are and who you aren’t”. 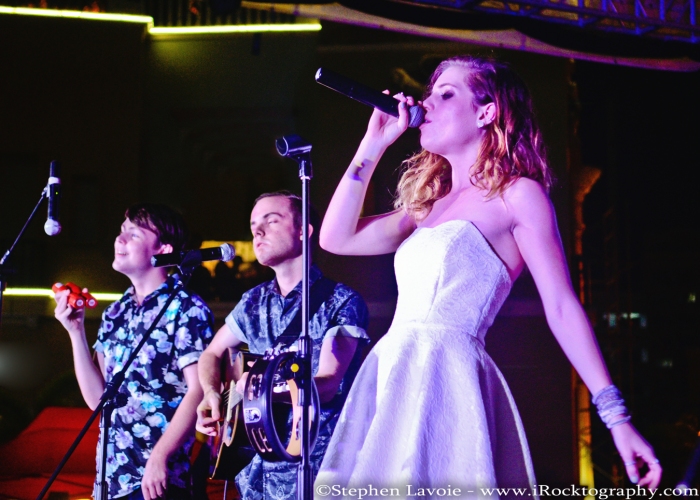 Love the concept behind the Echosmith name; just as a blacksmith shapes metal, a band shapes sounds. 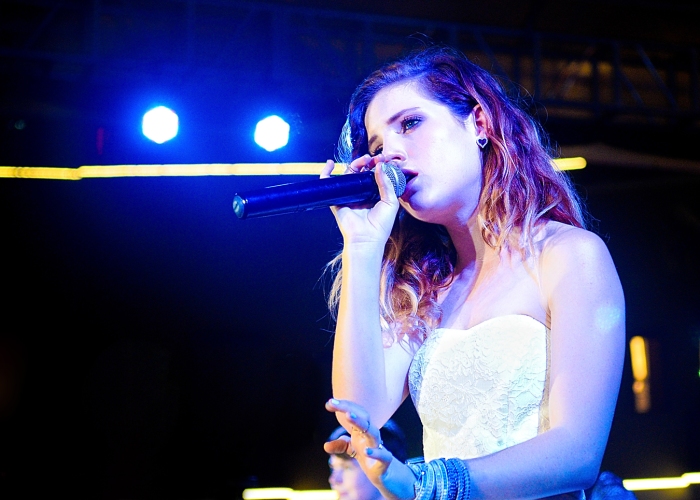 Jeffery, their Dad, who tours with the them, manages production and their mother Linda, handles travel logistics and tutoring. Introduced himself with a smile and his name, he was surprised to see another Caucasian guy in the crowd, hahaha. Didn’t have much time to chat, but he was impressed with the Filipino hospitality. 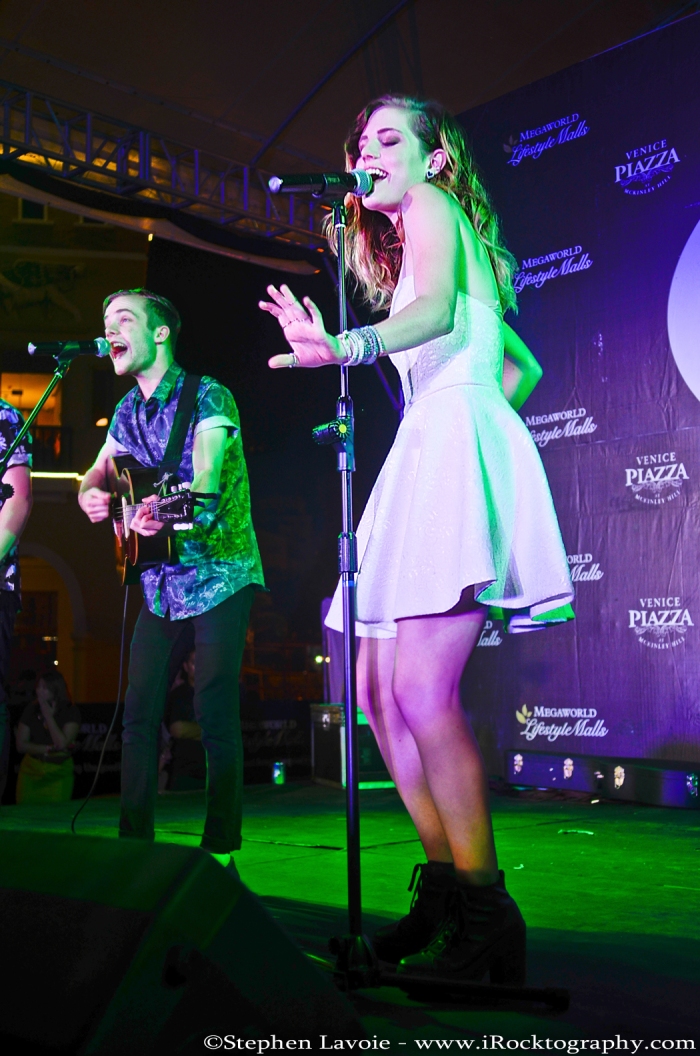 Alternative Press wasn’t joking when they named them one of their “100 Bands You NeedTto Know”. 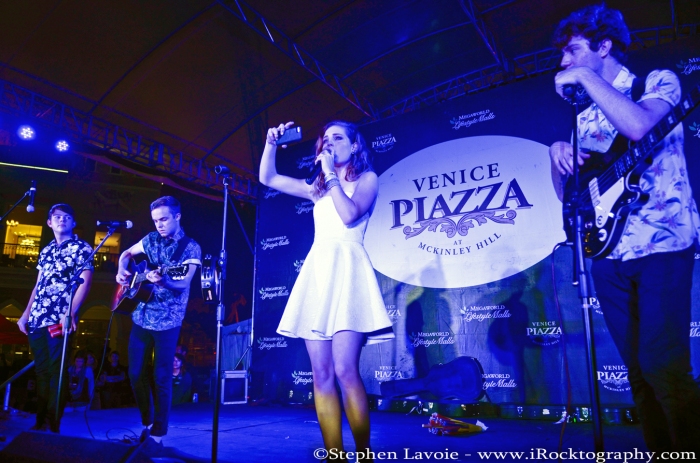 Their album, “Talking Dreams” was produced by Mike Elizondo who has also worked with Maroon 5, No Doubt and Tegan and Sara, impressive company. 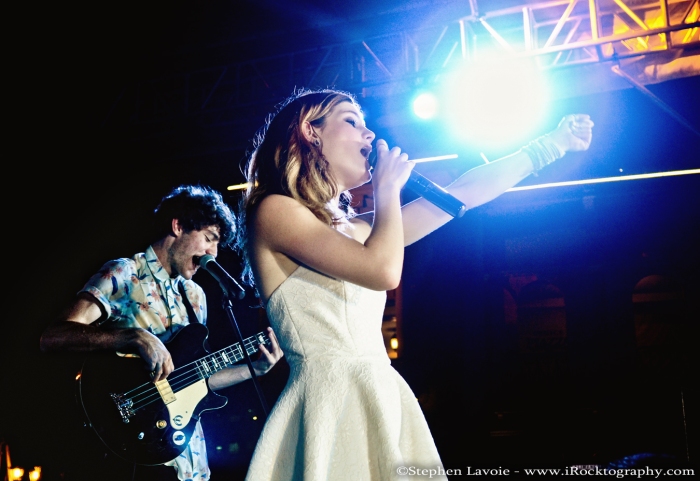 Although, slightly redundant in their sound, with some catchy hooks and infectious choruses, they have garnered plenty of attention. The fans here loved it. Definitely worth keeping an eye on this band, they’ll improve with age. 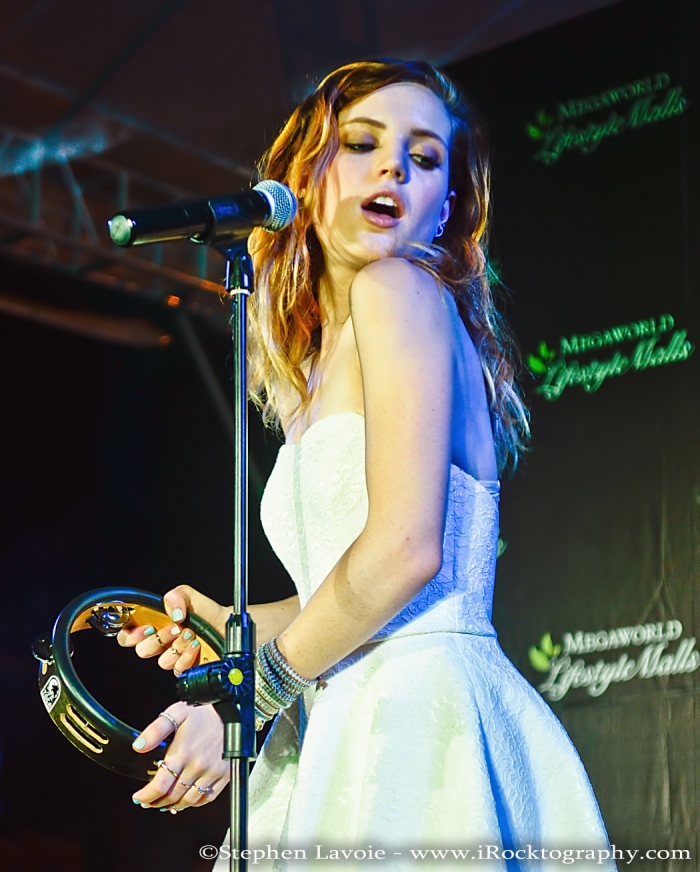 Echosmith has also released an array of cover songs such as: “I Will Wait” by Mumford and Sons, “Lights” by Ellie Goulding, “Set Fire To The Rain” by Adele, and “Princess Of China” by Coldplay and Rihanna. 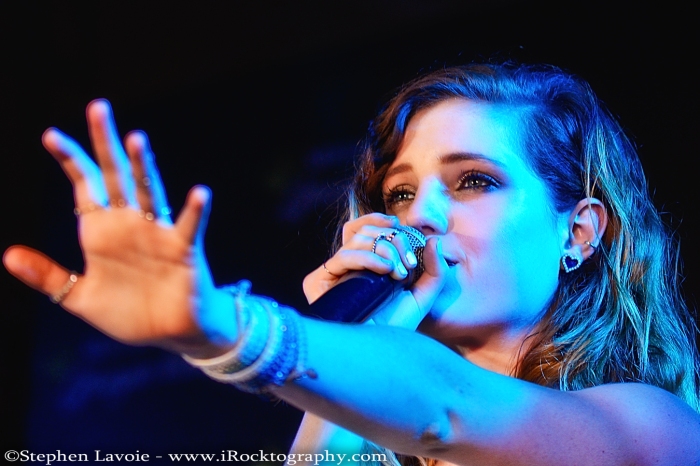 As a testimony to their appeal, Echosmith will tour this fall with American Authors and Neon Trees. Nice!
I wish them all the best, I’m sure these “cool kids” will turn into kewl adults… 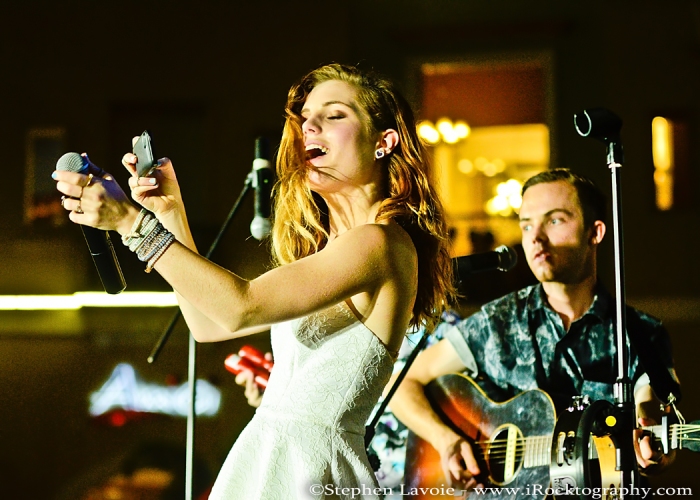 Special thanks to McKinley Hill, Venice Piazza for hosting the event.