Manila fans attending the Lemonheads concert at Whitespace on Pasong Tamo Extension on Dec. 4, caught a rare treat and may not have even been aware of it. Lead vocalist, Evan Dondo, isn’t fond of performing their most famous cover song, which ironically, was the track that put them on the map, so to speak. A classic from Simon and Garfunkel, despite the numerous request from the crowd shouting, “Mrs Robinson,” he didn’t play it. Surprisingly though, another cover song turned up, which did not appear on my photograph of the setlist taken before the concert began.

During the acoustic portion of the show, he took requests from the crowd, and someone shouted out “Luca”, so he called the band back on stage and they let it rip. A quick check of the 2014 statistics on setlist.com, shows the song being played two times out of 269 live performances, so a very low percentage, not even one percent of all concerts include that song. It started off a bit shaky, but with a quick restart and some whispered directions to the bass player, it became one of the more memorable songs of the night. 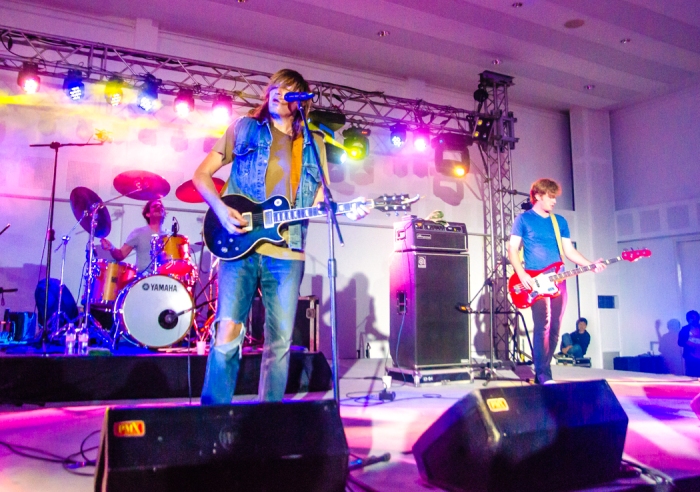 A band from my neck of the woods, hailing from Cambridge Massachusetts, Evan Griffith Dando has been crafting songs for awhile now. The Lemonheads started as high school friends, back in 1986 and their first recording was an indie EP “Laughing All the Way to the Cleaners,” a punk rock staple. A highly collectible album, if you can find one, I plan on searching a few record stores on our vacation next year, I’ll also keep an eye out for their latest, the Hotel Sessions.

Back in the 90’s, Dondo was notorious for his dependancy on drugs, throwing tantrums, and overindulgence of alcohol. He really didn’t seem to care, at one festival event he showed up two hours late, and the performance sucked so bad he was booed off the stage. And the stories of his stereotyped rock-star misbehaviour are almost endless, now he’s at a different stage of his career and is on the comeback trail.

“When I started I was young, I was punk rock and I didn’t care. I just wanted to mess around and have fun. You’re only young once and I made the most of it. When I made it past 35 I thought ‘Actually, I kind of like being alive’. So that was when I started to change things. Now I’m about to turn 40 I want to do something good. For me, making a record is its own reward.”

Evan is the only constant member of the band since it’s inception. Which I wonder, is that due to his eccentric qualities, creative differences between musicians or the numerous problems associated with drug addiction? I would guess the latter. The most reviling and entertaining portion of the show, was just Evan on stage with an acoustic guitar.

He wore a plain T-shirt with a ragged denim vest, torn-knee blue jeans and sporting his trademark long hair; appeared to have been transported right out of the grunge era. His demeanour on stage was not over the top rock and roll, like you might expect from his reputation, but often soft and almost timid with confidence on the guitar. Rarely a spoken word of banter between songs, not much chit-chat, just move ahead with the music. Although, most of the night the lyrics seemed a bit slurred, like on the edge of being tipsy, not sure if this was intentional or if he was actually a bit drunk, because during the encore his words were sung clearly.

The crowd loved it when they played “Into Your Arms”, which is my favourite track. The setlist was a mix of their more popular songs like “It’s a Shame about Ray,” which was a standout and some lesser know songs, all of which, this well-informed crowd were familiar with. And what the band actually played, compared to the pre-planned setlist didn’t match up, a bit jumbled. Which you would never has guessed judging from how the quickly and smoothly the band transitioned from one song to the next.

Photographically the lighting was okay, nothing to write home about. However it sounded great, and I adore performances in relatively small spaces, maybe 500 people or so, where in attendance. But what surprised me, was no photo-pit access and there was only three of us covering the event. That restriction is commonplace with many of today’s “big name” acts, how much more publicity does Taylor Swift need?; but not from a 90’s band, who never really reached the top echelons in music. You’d think they would want as much media exposure as possible, at least we were permitted to shoot from the crowd for the entire event. 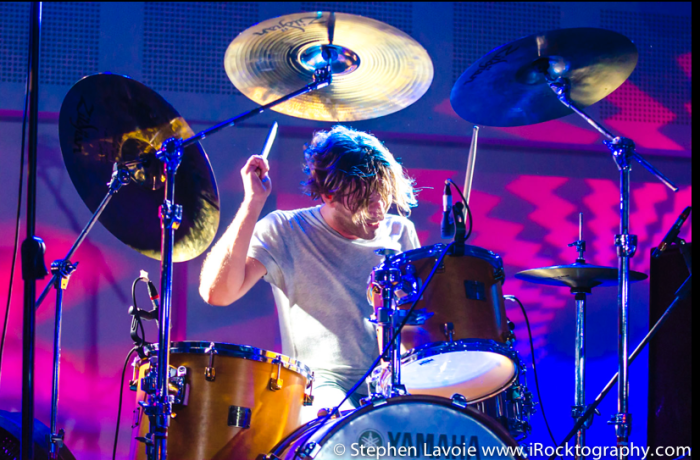 At a few points in the concert, they screwed up but what I found charming was how he overcame the bumps in the road. It’s possible to understand more about a person by what they do wrong than what they do right. At one point at the end of a song he removed his guitar, went to lay it down, hesitated, but then placed it back on, seemingly not sure of what was next, with a tiny grin, he returned to the mic and commented on his actions, “wow’ that was weird”.

It showed they’re human and not perfect, just like the people in the crowd. It’s possible to understand more about a person, by what they do wrong than by what they do right. No matter what demons you face or what species of monkey’s on your back, nobody’s perfect, and it’s encouraging to see Evan Dondo getting back to making music. 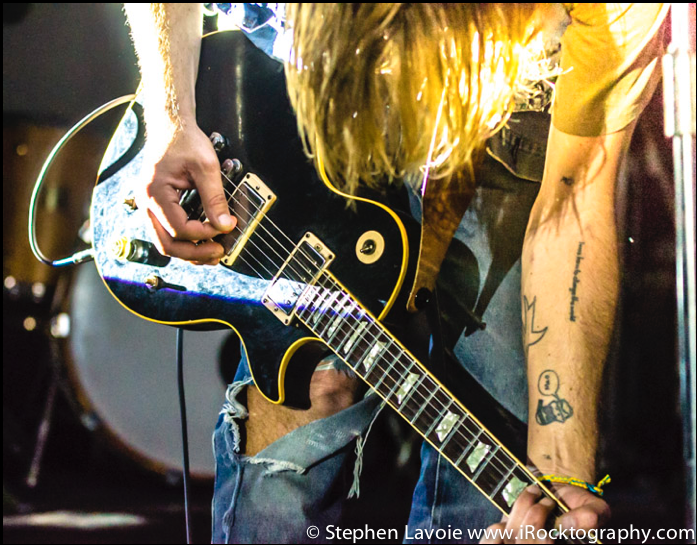