British alternative pop quartet Bastille with a solid performance last night at the World Trade Centre Metro Manila. Not very well known yet but these guys create a much fuller sound than you’d expect from a four-piece band. 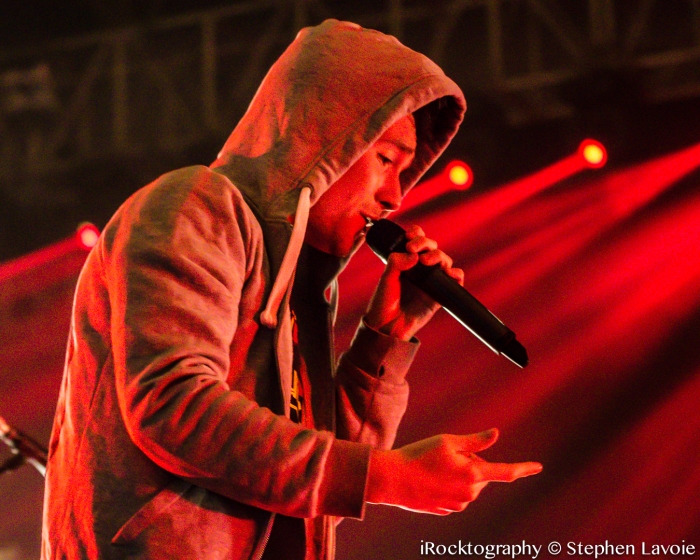 Lead vocalist, Dan Smith, captivated the crowd with his soaring vocals and awkward dance style. Lots of pogo stick movement along with a jerky but smooth motion (if smooth and jerky make any sense together), he would lift a knee and drop his shoulders to the cadence of the sound. 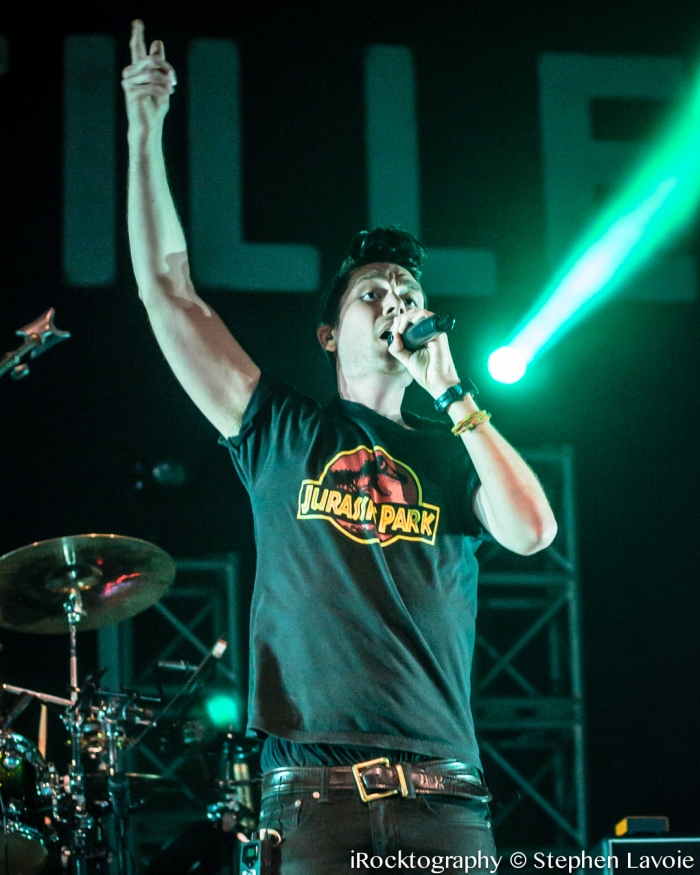 He prowled the stage with confidence, matching his rad wolf hoodie, looking every bit the rock star. He’s one of those unique performers, where the his body movement coincides and flows with the vocal output: seemingly requiring the movement to attain the sound.

Like a person who speaks with animated hand and arm gestures, at first I didn’t think he could sing without moving, but when he hit the keyboards, and stripped it right back with the ballad “Oblivion,” no such mannerisms. Cool as a cucumber, swooning the young ladies in front, some of whom, waited in line since 9:00am.

The remaining members of the band consists of Kyle Simmons on synthesisers, keyboards, and bass, with William Farquarson on guitar, and Chris Wood on the drums. With all of them on back vocal duties. They didn’t do to much to draw attention to themselves so if you weren’t paying attention, you may miss their very impressive vocal harmonies, nice work.

They remind me a bit of some of my favourite 80’s bands combined with today’s alt-rock radio sound, think Spandau Ballet or Thompson Twins combined with Muse (whom they have toured with) or One Republic.

Many of their songs take on the sound of a movie soundtrack, and you can hear them on The Sims 3: Supernatural or The Vampire Diaries. In certain sections, you can feel the music bubbling from within Dan, as he uplifts his whole body in rhythm with his rising arm and swaying shoulders and you can see the crowd feel it too…

A relatively small crowd for the event, considering this band has hit the ground running, formed in 2010, they have released six singles and are working on their second album. They often perform for huge crowds on the festival circuit, tonight maybe a little over a thousand in a venue where you can fit three.

He stood center stage, flanked by a keyboard and floor drums, always a treat to capture a lead vocalist playing percussion. A challenge photographically though, with lots of “clutter” on stage. Their opening number, “Bad Blood” there is nothing but red lighting on stage which wrecks havoc on a cameras’ image sensor but makes sense, corresponding with the song’s title.

It was far from all forlorn love songs though or melancholy-filled stadium induced anthems, the crowd was moving and singing along, especially to songs like “No Angels” a cover version of “No Scrubs” by TLC or the interesting a mash-up of “The Rhythm of the Night” by Corona and “Rhythm Is a Dancer” by Snap, which shows they like to experiment and that they don’t take themselves too seriously.

One of my favourites, is “Bite Down,” a recently released track off of their third mixtape, “VS.: Other People’s Heartache, Pt.III,” it’s a collaboration with Haim. And it’s well worth checking out, although obviously not on the setlist, would’ve been something to see if the three sisters Este, Danielle and Alana had showed up. 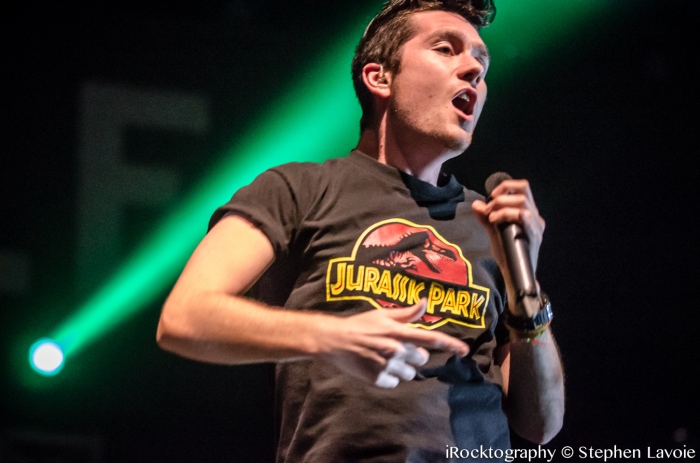 Their final song of the night, which elevated them to today’s status was “Pompeii”. It’s one of those tracks with a universal appeal, with a catchy chorus, some rat-a-tat drums sounds and a distinctive chant, all combined…could induce a statue to get up and dance. And to end the evening, confetti cannons filled the space with gently floating paper. Unfortunately, I have no images of this, they were super tight with restrictions, which was a surprise, especially for an up and coming band. At these types of events we usually get to shoot from the crowd for the entire show, there were only six of us. And it just never makes sense to me, considering almost everyone in the crowd, for the entire evening, is holding some type of recording device above their head. So it goes…

Dan’s performance was distinctive, he manages to vary his vocal style and create some unique hooks, which lend a great deal of character to the songs. Backed by a band of skilled musicians, this group is worth keeping an eye on. Kudos going out to the gang at Karpos Multimedia, as usual, a well organised event.