Describing Lindsey Stirling’s performances as high energy, may be the be the understatement of the year. An unusual read on a wiki page, “American violinist, dancer, performance artist, and composer”, a combination of talents that you see everyday, if ever. 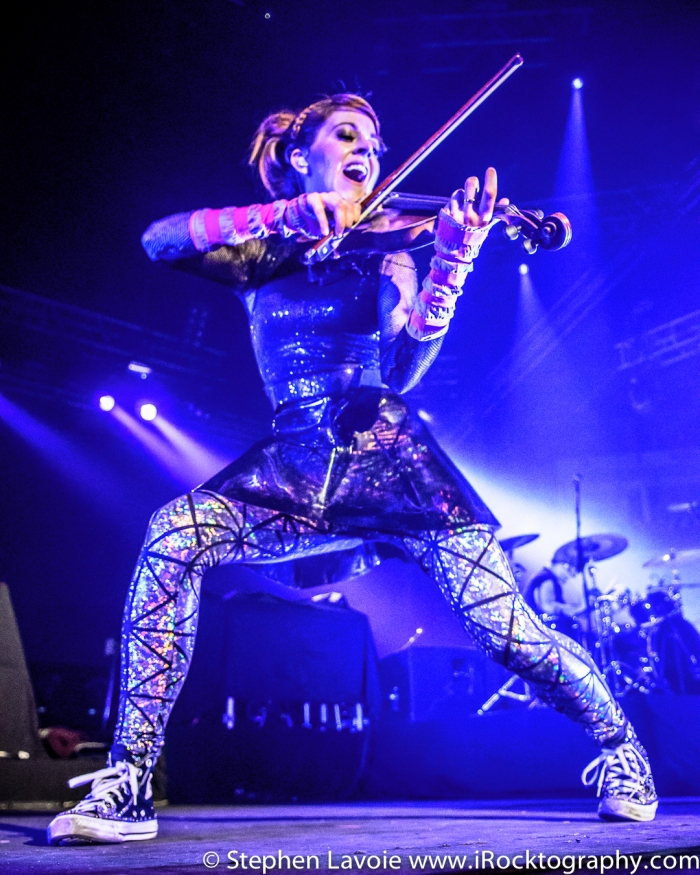 One of a kind for sure. My wife and daughter, introduced me to her work , they’re avid fans of the Piano Guys, which Lindsey often collaborates with. 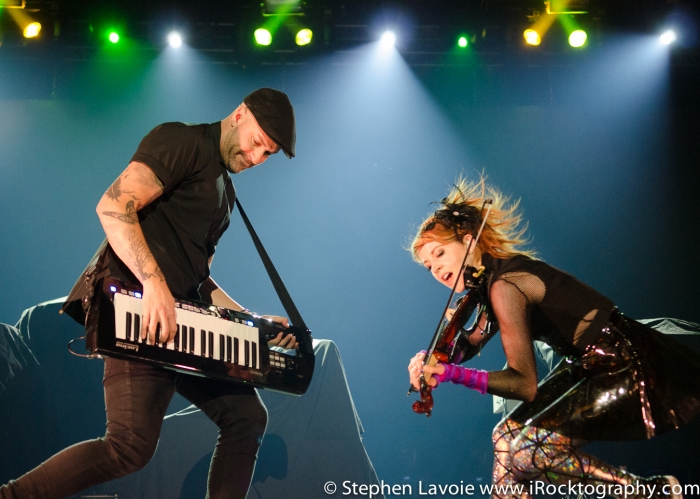 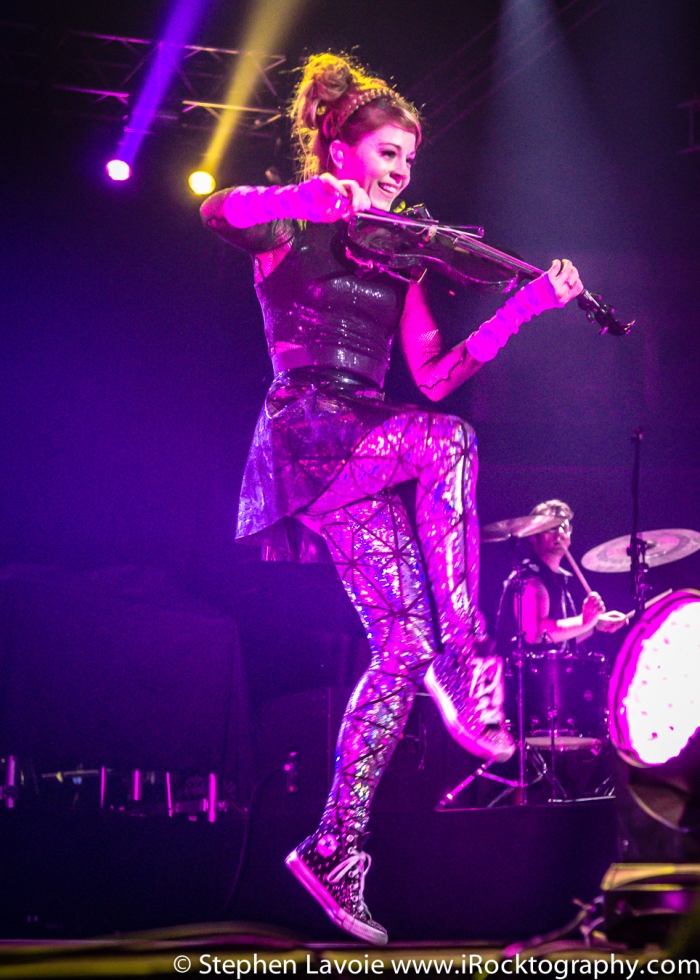 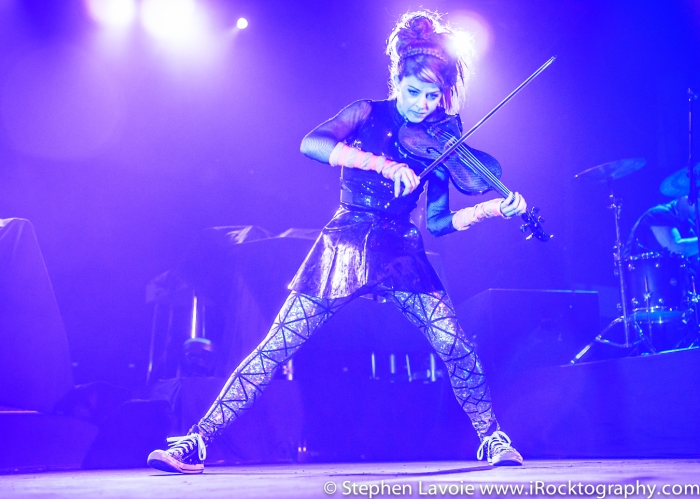 It’s hard to believe, till you see it with your own eyes, dancing like nobody’s business while actually performing complex pieces on the violin. 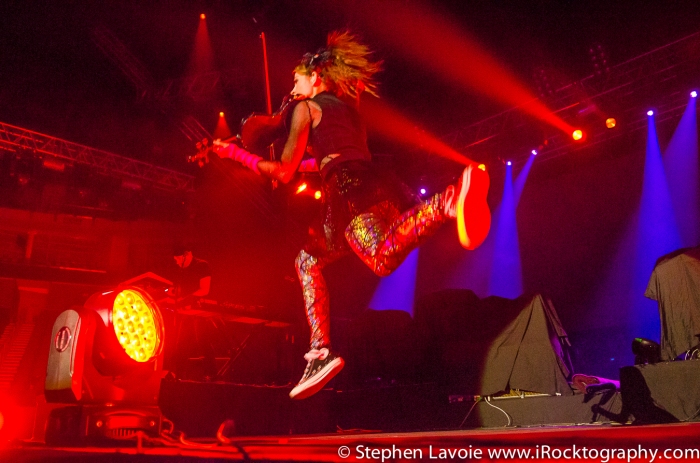 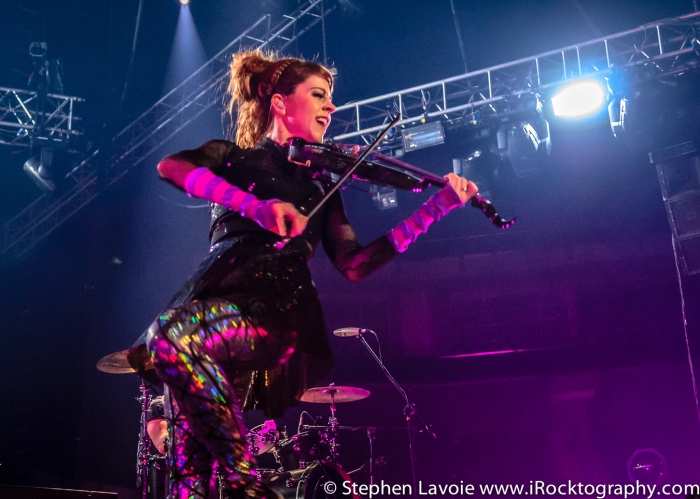 A recent phenomenon, she’s listed as a recent Youtube sensation, making her mark via the world wide web and has built her career utilising social media. The huge benefit of this branding is creative freedom, not tied down to any traditional thought processes and it shows in the music.

For instance, how many musicians do you know, that will do a cover version of Legends of Zelda in a hobbit like outfit or cover Skyrim, a role-playing-game and make a dramatic video in elaborate medieval costumes…none.

Check out one of her most popular videos, Crystalize, with over 110 million views, and it continues to climb on a steady basis. Photographed on location, at a stunning, man-made ice castle in Colorado, the music drapes the beauty of nature and tracks the artist energetically performing in the snow.

Opening for a rock band, might seem a bit odd at first but the crowd paid attention, appreciated her effort and were throughly entertained as they anxiously awaited the feature band.

Would have loved to seen her perform with the main act, Incubus, which is not a far fetched idea, she’s collaborated with Elizabeth “Lzzy” Hale, the front-woman of Halestorm a hard rock band and also with Dia Frampton, a singer/songwriter whose work is towards the mellow end of the spectrum.

Impressive stat, last year, her nearly all-instrumental, independently released album, Shatter Me, debuted at No. 2 on the Billboard 200. 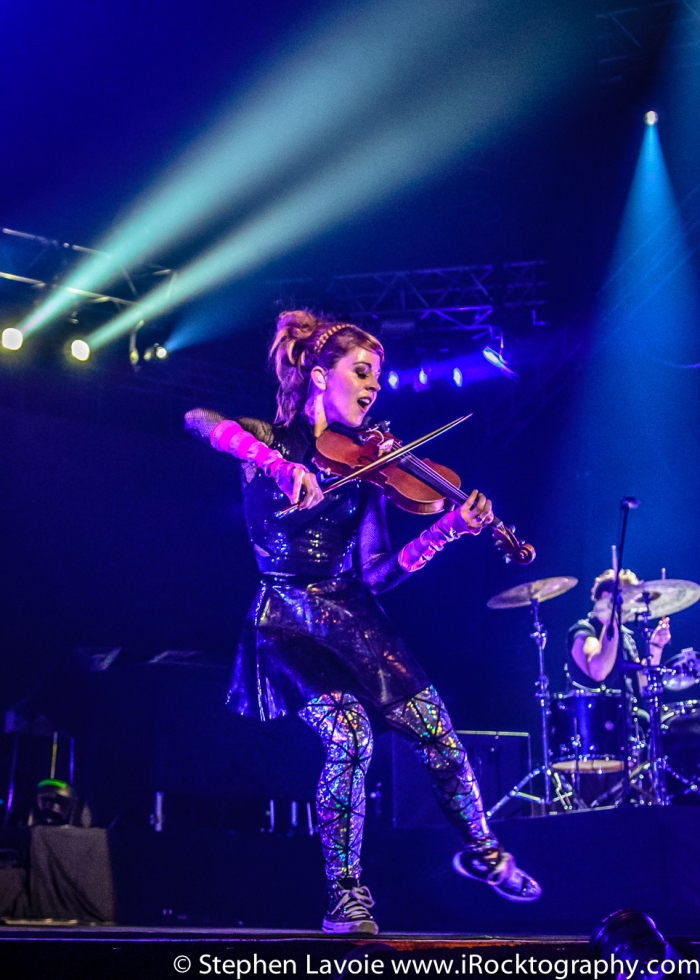 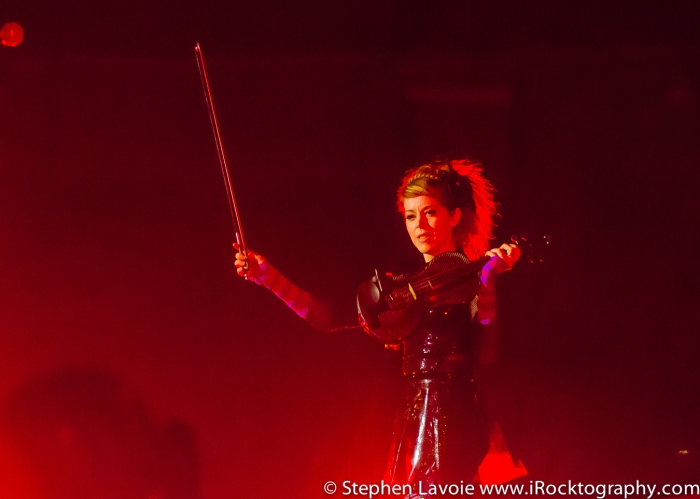 I also find it interesting, how so many people have trouble pinning her down to a genre, is it EDM, dub-step, classical, pop, fusion, or New Age, the pundants are in a pickle and cannot agree. Love that. 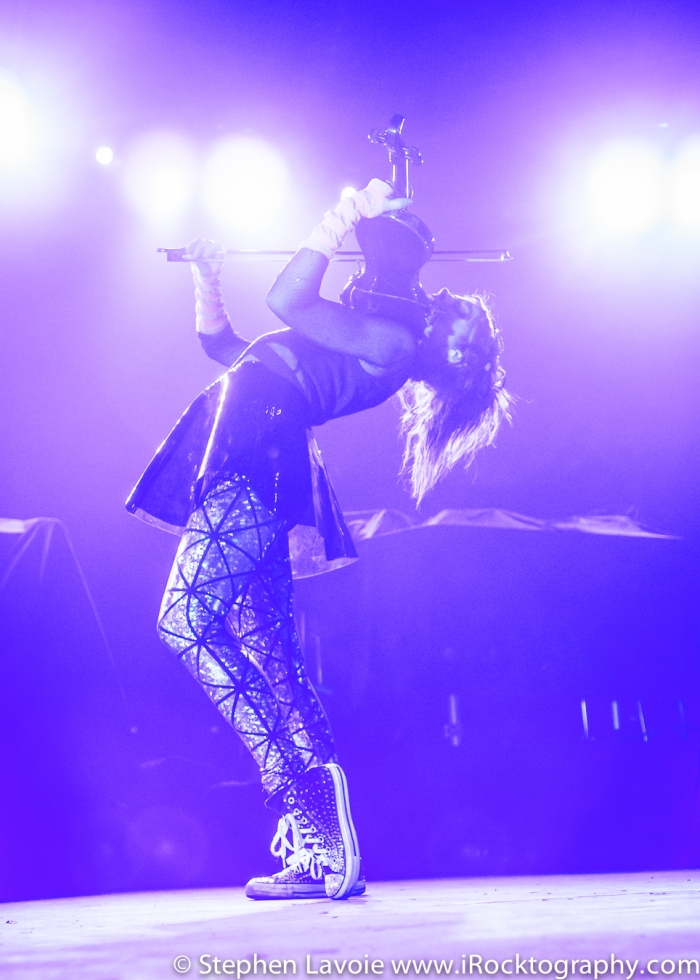 Just goes to show ya, music shouldn’t be pigeon-holed, avoid stereotypical preconceived notions, it’s art for pete’s sake. She’s performed in Manila on a previous occasions, if she comes back, make it a point to go see her.

Big thanks to the folks over at Ovation, kudos for bringing in an artist the may not fit the typical mold.