It’s certainly no secret, Imagine Dragon’s monster hit single “Radioactive”, allowed this four-piece band to hit the ground running towards their meteoric rise to fame. And unless you’ve been living under a rock, you’ve probably heard this song on more than one occasion. A massive success, it reached number three on the US Billboard Hot 100 chart and showed staying power, remaining on the charts for a record-breaking 87 weeks! It’s a soaring anthemic number, appearing on an EP and later, on their debut album. Interestingly, it did not garner much attention when released on the EP Continued Silence, but many took notice when utilised as background fodder in various trailers, video games and commercials. The debut album, Night Visions received high praise from almost every critic on the planet, well deserved accolades for an outstanding album. The single has since been certified nine times platinum in the US by the RIAA, along with the highest debut album of an alternative rock band since 2006. Although, many would argue, it’s one of those songs that has now been over-played, heavy rotation everywhere from radio to TV and to top it off everybody and their brother, has now created a cover version, about 1.3 million hits on You Tube.

“It’s unbelievable,” Imagine Dragons lead singer Dan Reynolds tells Billboard. “There are few things more satisfying as an artist than seeing your music have longevity. But, we could never have expected to see one of our songs have legs like this.”
It’s also no secret, this band consisting of Reynolds on lead vocals, Wayne “Wing” Sermon on guitar, Ben McKee on bass and Daniel Platzman on drums; create soul-stirring, high-energy and hugely compelling live shows. They are highly skilled musicians, perfectionists, most of them graduates of Boston’s prestigious Berklee School of Music, where practice makes perfect. They also paid their dues early, this Las Vegas based act, cut their teeth in casinos, often performing lengthy 4 to 5 hours sets, while most folks weren’t even paying attention.
But here’s the secret, “Imagine Dragons” is not the real name of the band! It’s actually a moniker, an anagram of the bands name and guess what, they’ve kept those original words to themselves for all these years. 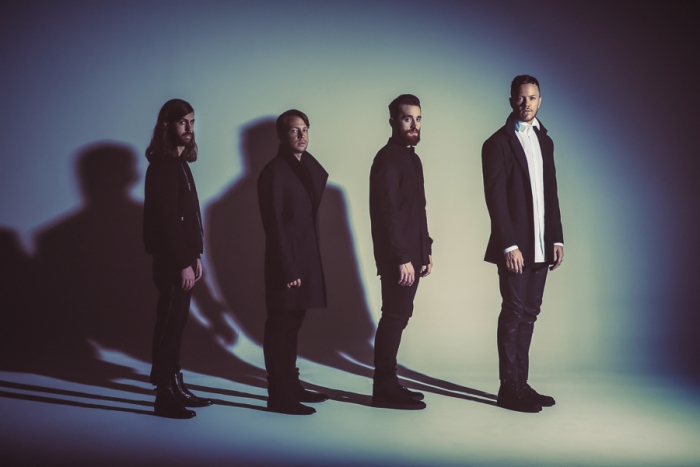 In an interview with Radio.com Reynolds said “We haven’t even told our families,” Wayne Sermon added “At this point, it’s been built up so much that anything we say is going to be a letdown. We might just leave it up to everyone’s imaginations. They probably have better guesses than the real answer.”
Now I’m a curious bloke, so the search is on. Okay, an online anagram generator turns up more than 107,000 different combinations, this could be tough.
Maybe, “Adoring Enigmas”, “A Maidens Gringo”, or “A Roaming Design”; the Fashion Goddess blog says “Agonising Dream” and WROQ especially likes the catchy “Radioman Egg Sin.” I wonder if there’s an apostrophe? 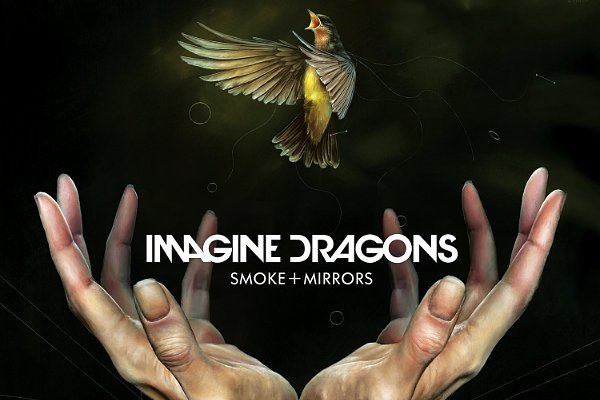 A San Francisco music blog TheBayBridged.com got Reynolds to leak that “apostrophes need to be added” when rearranging his band’s name to discover the anagram’s original words, although now he says that might not necessarily be the case. “That was a misinterpretation, actually,” Reynolds explained. “The writer was asking me if there was an apostrophe or not, and I said there may or may not be an apostrophe.” So not much help there, we’re not sure if it needs one or not.
Checking social media, last year on Twitter the band posted a message in morse code, that stated “the anagram is in the album”. Which could mean many things, the lyrics, artwork or just simply represent the voices of the band members. Who knows the answer? The band themselves, of course, the band manager and now supposidly the band members’ wives; Reynolds is married to Aja Volkman, the lead vocalist of a LA band named Nico Vega.

In the video, “On Top of the World”, Aja, Dan and their daughter, Arrow make an appearance as a family. And if you pay attention, at about 30 seconds in, there’s a bumper sticker attached to the window of a yellow VW bug which says “Ragged Insomnia.” This guess also seems to be a favourite front-runner among the numerous on-line fan forums and would also be my best guess to date.
“We really had a phrase that we all agreed upon, and had meaning to us, particularly as artists.” Reynolds told WROQ. “We just thought it would be cool to keep something to ourselves, because you’re always exposing yourself as an artist. A lot of times, lyrically I’m writing about things that are really close to home for me, and that’s what music is about.”

Don’t fret folks, during almost every interview I encountered, Dan and the rest of the band assured everyone that one day, when the timing is right, they would reveal the actual anagram. While fans and I continue to search and ponder the meaning of the band’s name, it’s no secret that these guys deserve their recent success. They’re one of those bands that create a special atmosphere when performing, something you’ll never experience from a recorded version, in a any format.