Have you ever driven in the car with a student driver, or someone who just sucks at driving? It makes you feel uneasy, nervous, just a bit off kilter. Now recall the feeling of traveling with someone who is proficient behind the wheel. 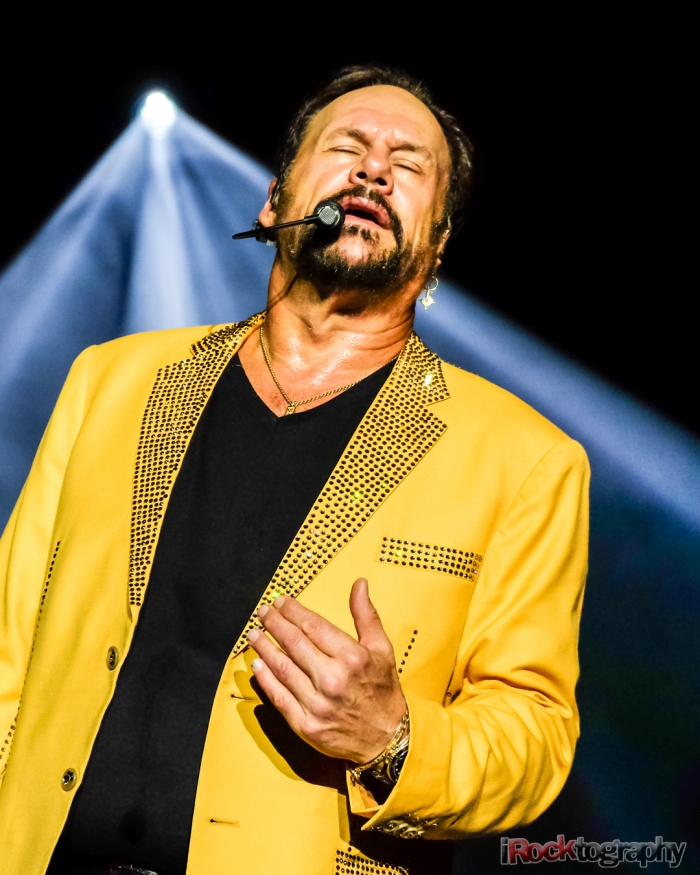 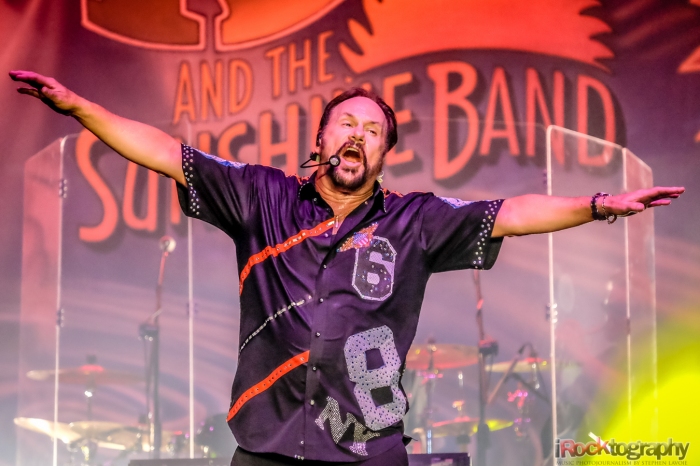 Paying attention to their surrounding, keeping an eye on the gauges, negotiating turns in a skilful fashion, keeping the ride as smooth as a silk. Even in a taxi, it doesn’t take long to recognise the tell tale signs of the drivers skill level.

For this concert, you knew you were in the hands of a professional with Harry Wayne “KC” Casey at the wheel, with a consummate stage presence, he made you feel comfortable. It was reassuring, right from the onset, you knew that the night would not be a car wreck. 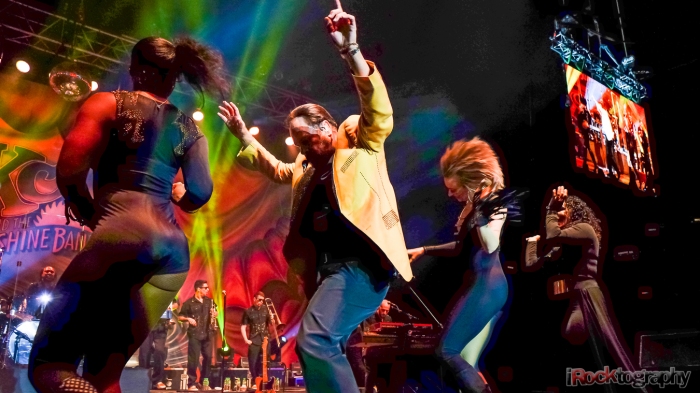 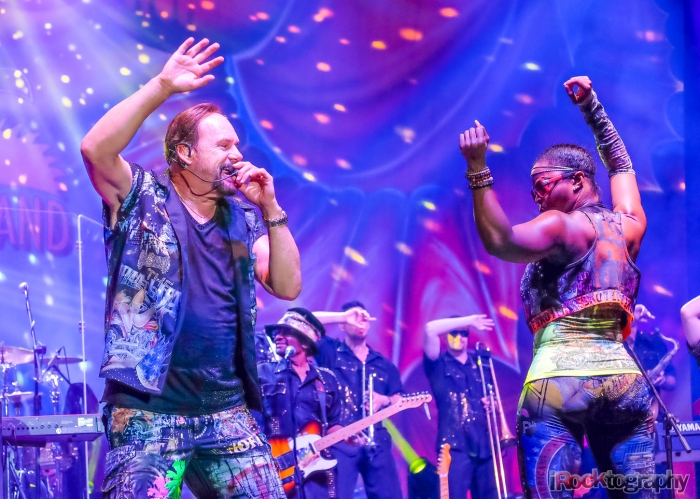 With so many folks on stage, it can be an accident waiting to happen if not all precisely choreographed, which was the case here,  a pleasure to observe. The skill level of all the musicians on stage was impressive, performing with a youthful, boundless energy, refreshing to see from a band that’s been around the block. 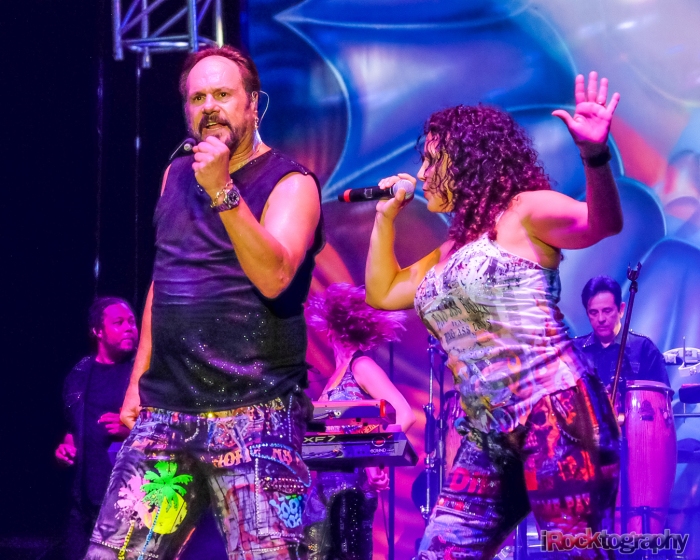 He addressed the crowd often and interjected humour at just the right moments, even making fun of himself as he did his best to say thank-you in Tagalog.“We’ll be performing songs from the sixties, the seventies and the eighties,” KC addressed the crowd, “And hopefully all the songs you know and if you don’t just pretend like you know them.” as the crowd erupted in laughter. 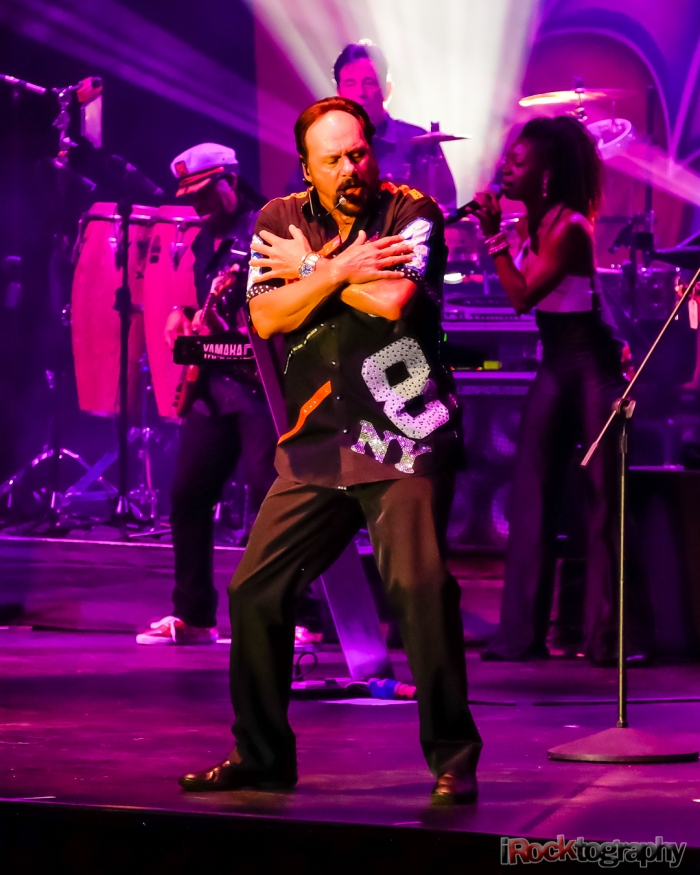 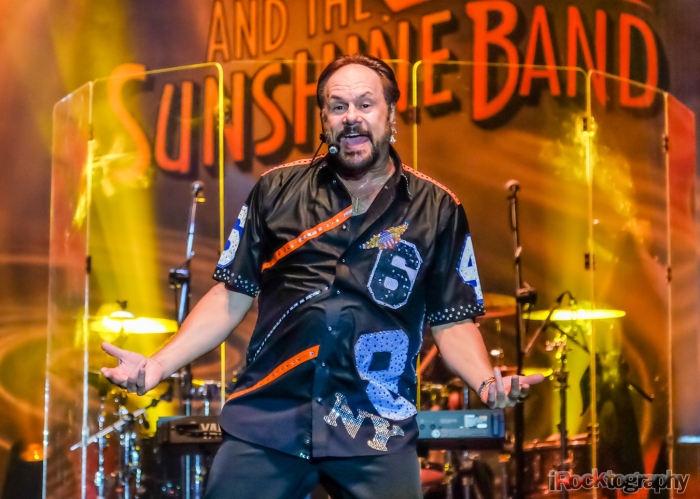 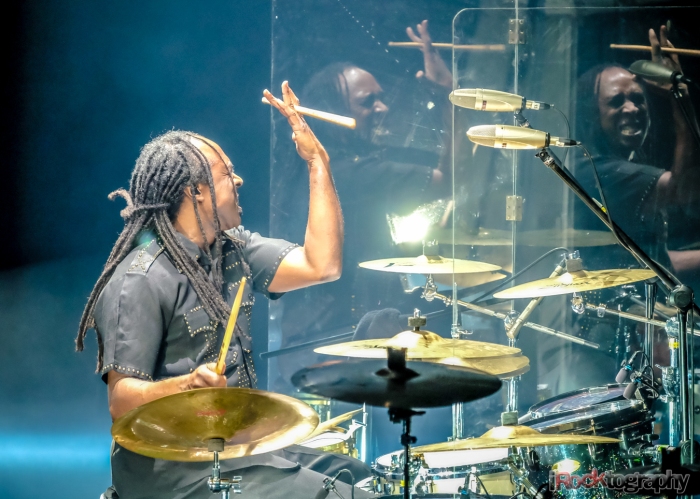 What struck me the most here though, was KC himself with a demeanour of sincere confidence but lacking cockiness. “So far, everything I’ve seen in your country is amazing, the people are amazing,” he said, “I couldn’t have been welcomed more, than I’ve been welcomed anywhere.” 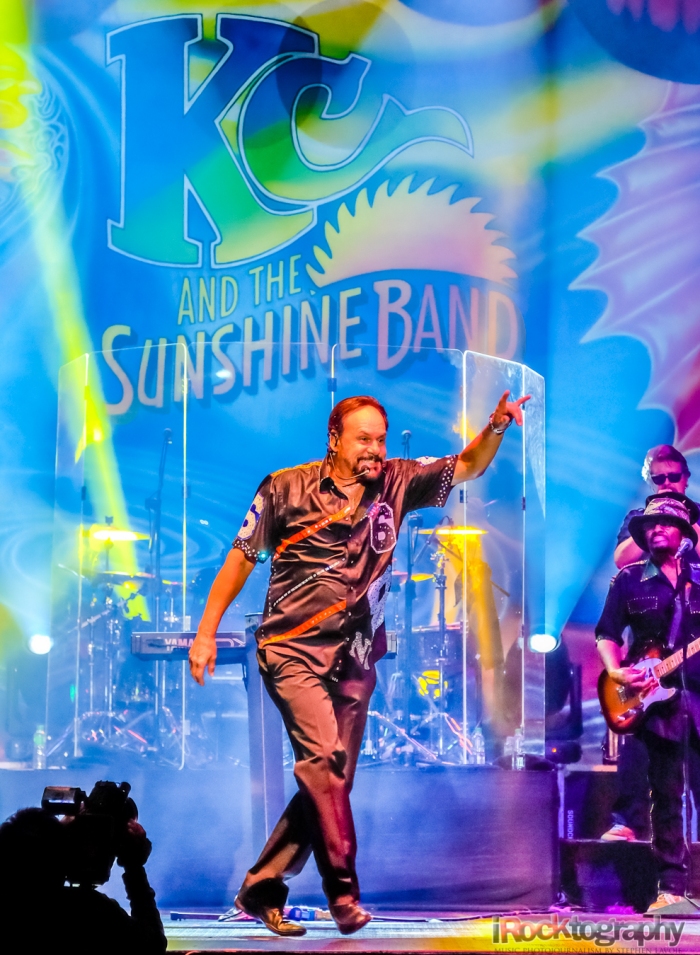 Fans were not disappointed last Wednesday night at Araneta Coliseum to experience one of the legendary bands of the seventies first trip to the Philippines, bringing their trademark funky disco style. Perhaps not executing a perfect vocal performance, with all the dancing, obviously winded at certain portions of the show, but he carried on as you’d expect from an experienced showman. 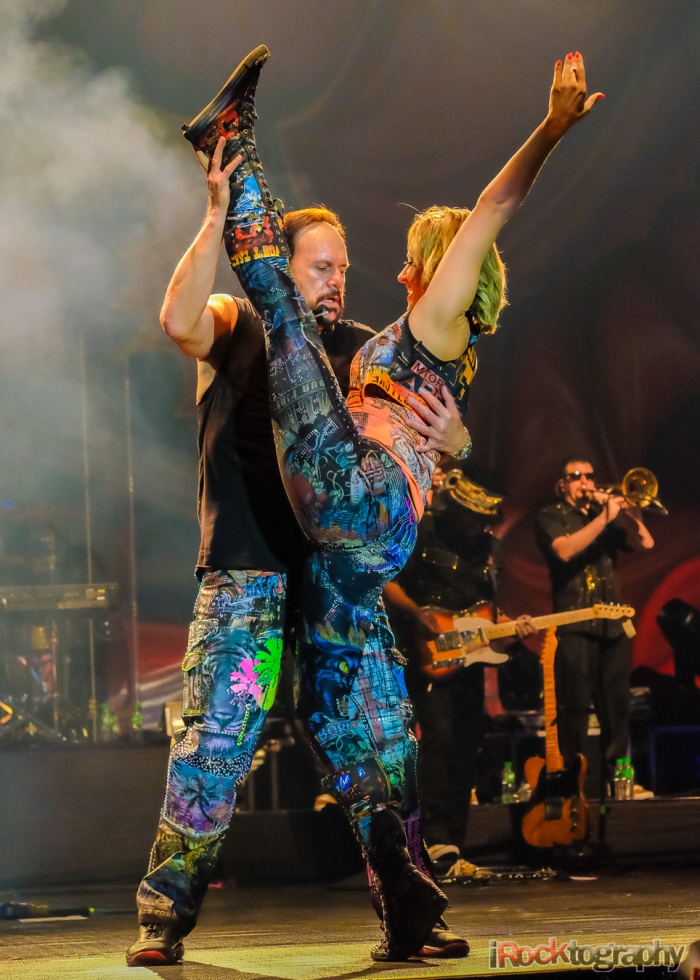 A well balanced setlist, with all their hits included and even a new song, “We Belong Together”, a single off their upcoming new album. The lighting was well thought out, multiple costume changes and even a giant disco mirror ball hanging overhead. My favourite track for the night may have been “Boogie Shoes”, love the horn section in that one.

KC also provided tidbits of back round information on songs for the evening, little did I know, he had written and produced the song “Rock Me Baby,” for George McCrae back in 1974. KC explained, “This song influenced ABBA to write a song called ‘Dancing Queen’ and also influenced John Lennon to write a song, ‘Whatever Gets You Through the Night.’” 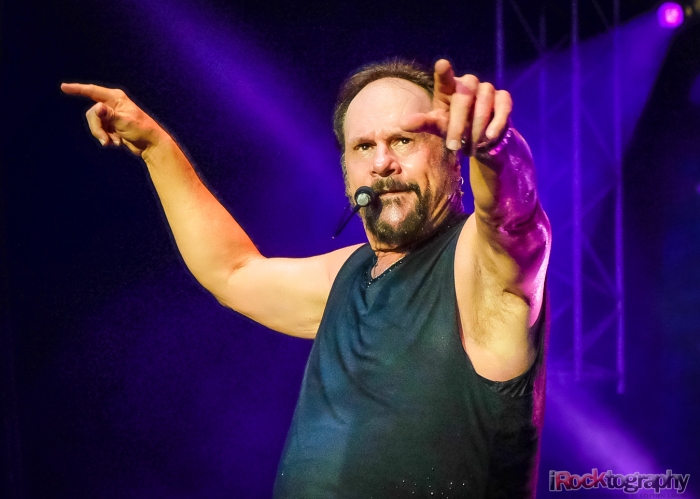 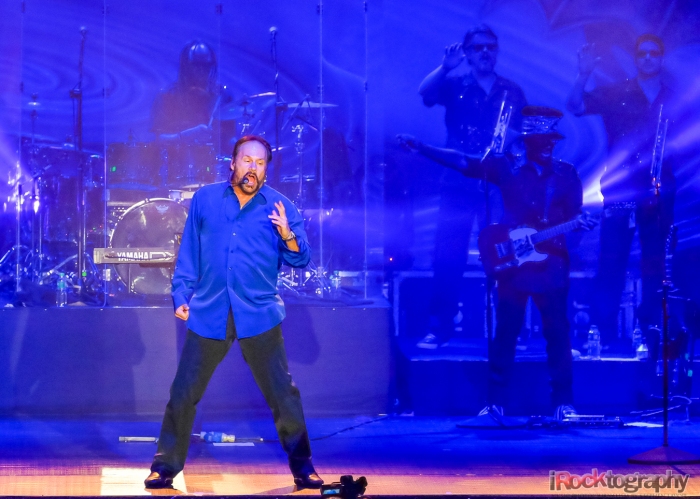 If you mention the name of this group, some folks may not be familiar with the name itself but if you sing a couple of bars of “Shake Shake Shake Your Booty”, or “That’s the Way, uh-hu uh-uh I like it, uh-hu uh-hu”, over 90% of the people on the planet recognise the songs immediately. 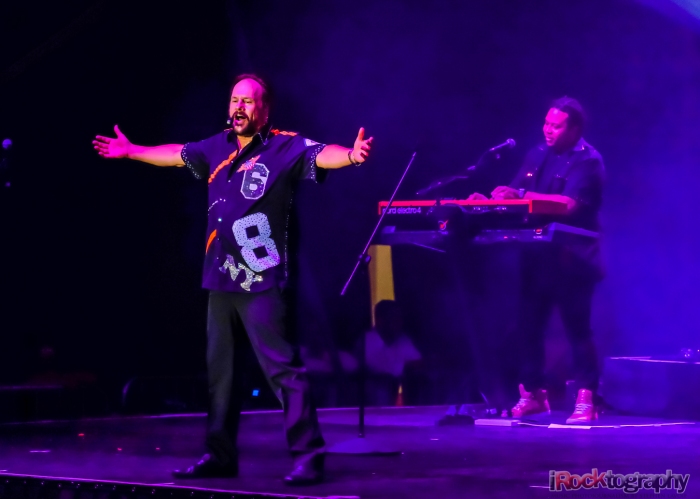 Interestingly, this group also transcends age demographics, due to the fact that their music is often heard, not only on the radio but on television and the big screen. It was a night to remember with an impressive list of hits, they have a songbook that will live on for generations to come. 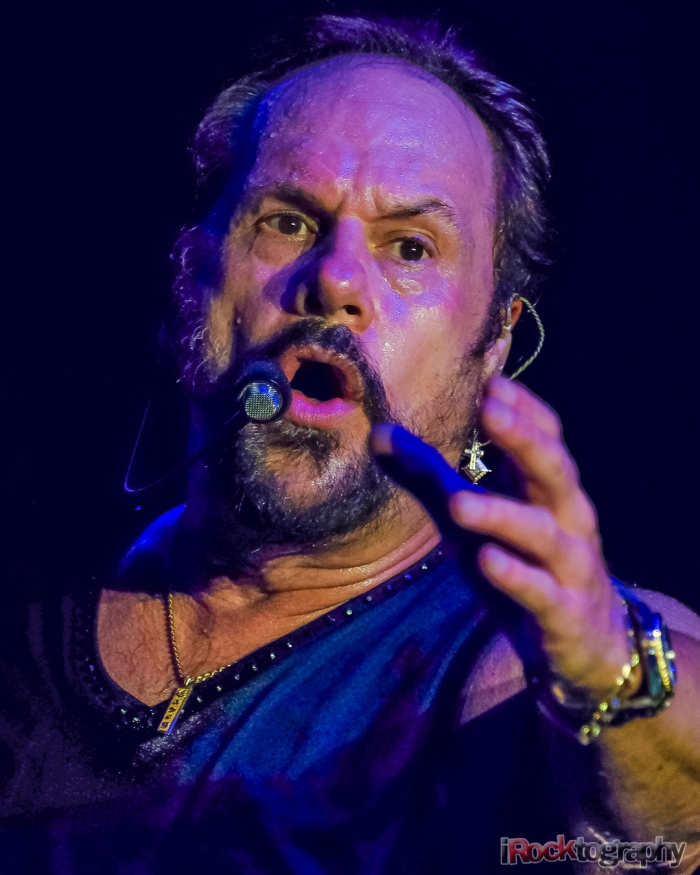