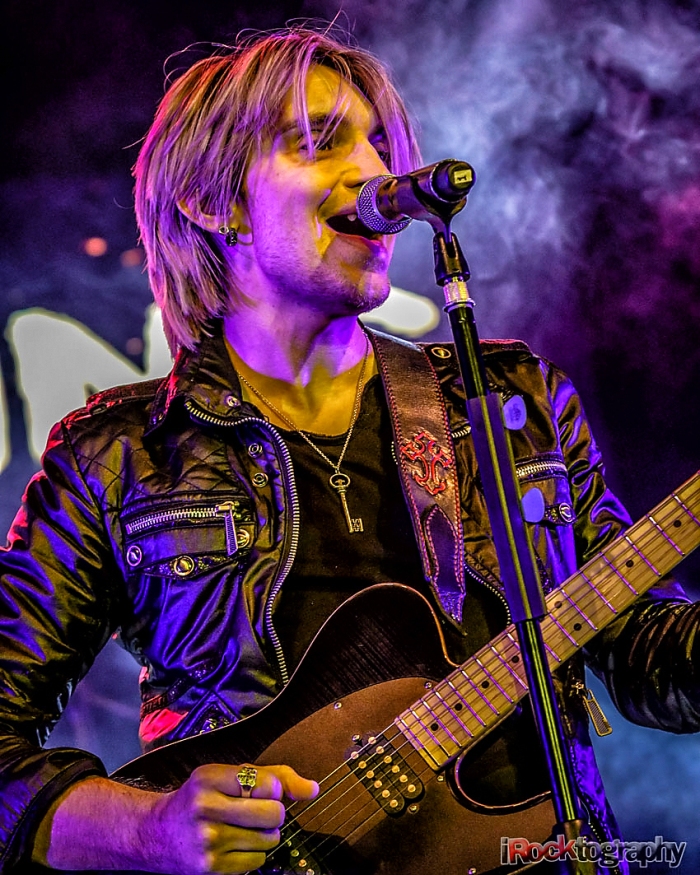 Have you ever hopped on a bicycle after having not ridden one for awhile? Just as the old adage explains, you never really loose the ability to do so, once you’ve learned it, “it’s like riding a bike.” You may be a bit wobbly at first but it won’t take long to ascertain your balance, get your bearings and move right along. 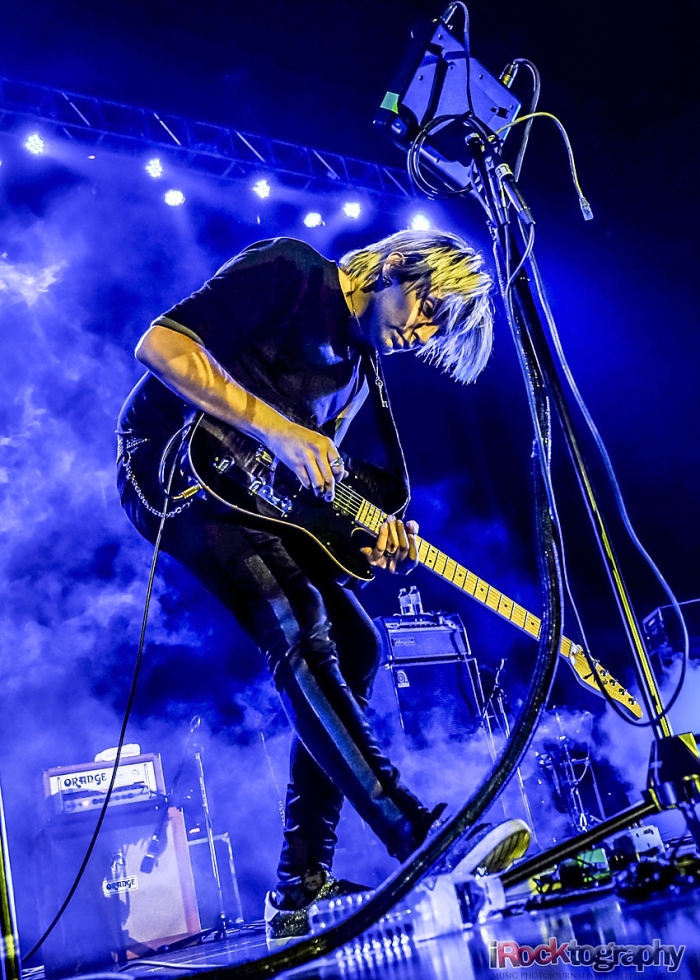 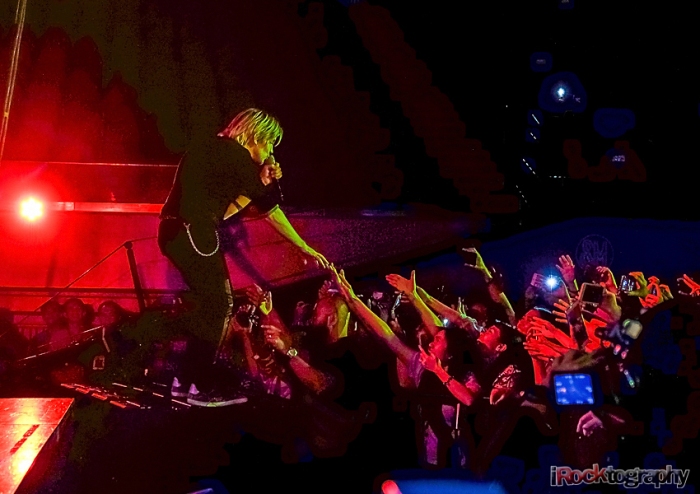 Well that’s how it felt when Alex Band and the Calling took to the stage at Mall of Asia Arena last Friday night. The career and personal path for Alex has been a roller coaster ride, with numerous of ups and downs. He’s had some life threatening problems and legal battles concerning his music over the last five years and now appears everything is on the upswing. 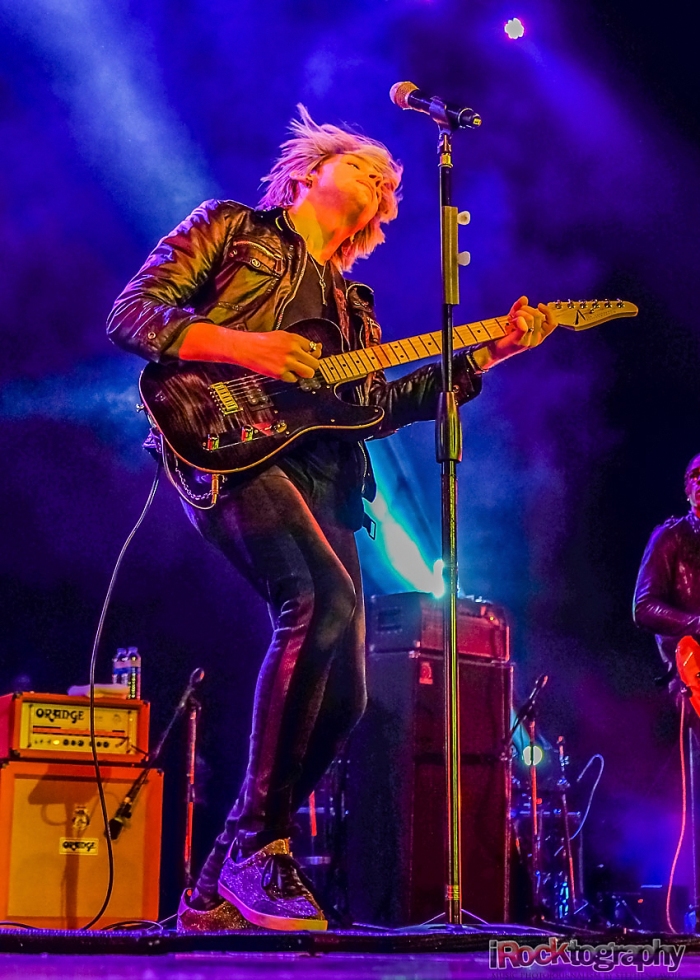 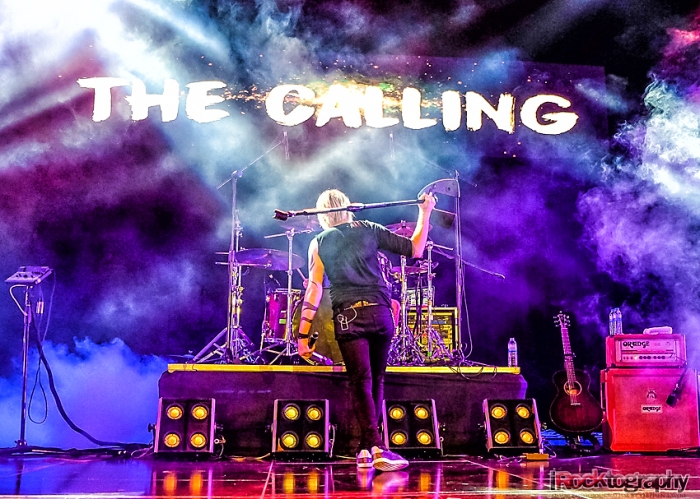 Although the show may have started out a bit hesitant, with some lyrics even eluding him on a few occasions. When he did forget the words, he continued on like a professional, many of the excited fans may have not even noticed it, if he hadn’t pointed it out, in a joking self-depreciating manner. Didn’t really matter much, overall, by the end of the concert, they were peddling along without a hitch, firing on all cylinders.

Alex launched his career in 2001 as leader of the Calling, a post-grunge act, becoming an “overnight success” with their most renowned song “Wherever You Will Go”. A blockbuster of a hit reaching number 5 on the Billboard Hot 100, number one on the Adult Top 40 for 23 weeks and named as the number one song of the decade by Billboard. 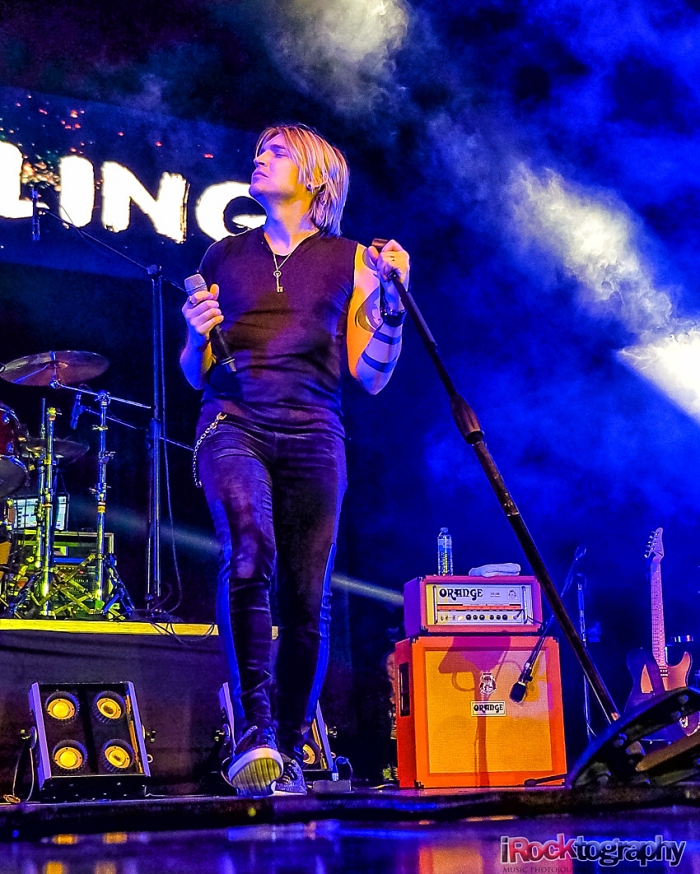 It’s the second longest running number one song in the chart’s history, only topped by Santana featuring Rob Thomas with the song “Smooth”. It’s one of the tracks that almost everyone in the world will literally instantly recognise, they might not know who sings it but they’ll know the song itself.

Alex Band and the Calling, live in Manila…

At the press con someone asked, “Out of your own catalog, what is your favourite song?” Alex replied, “I would say ‘Wherever You Will Go’ is my favourite song because without it, I wouldn’t be here, that’s the truth, I’ve had 8 number one songs in my career. And sold 21 million records but I would not have any of that without WYWG.” Interestingly he went on to say, “A song I wrote in 30 minutes, a song that just came from God and out of you, and that was it.” 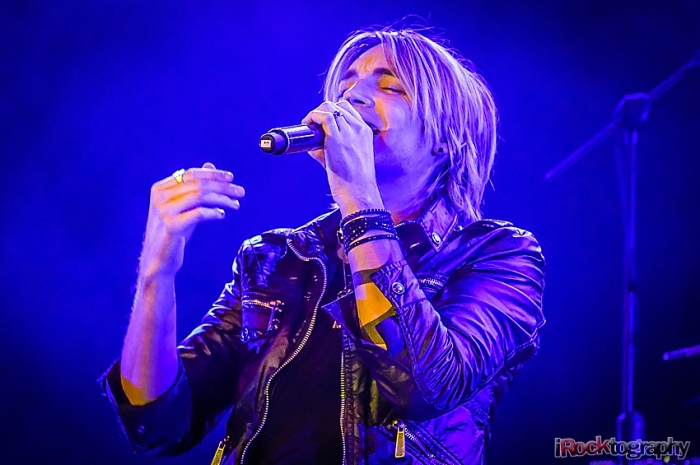 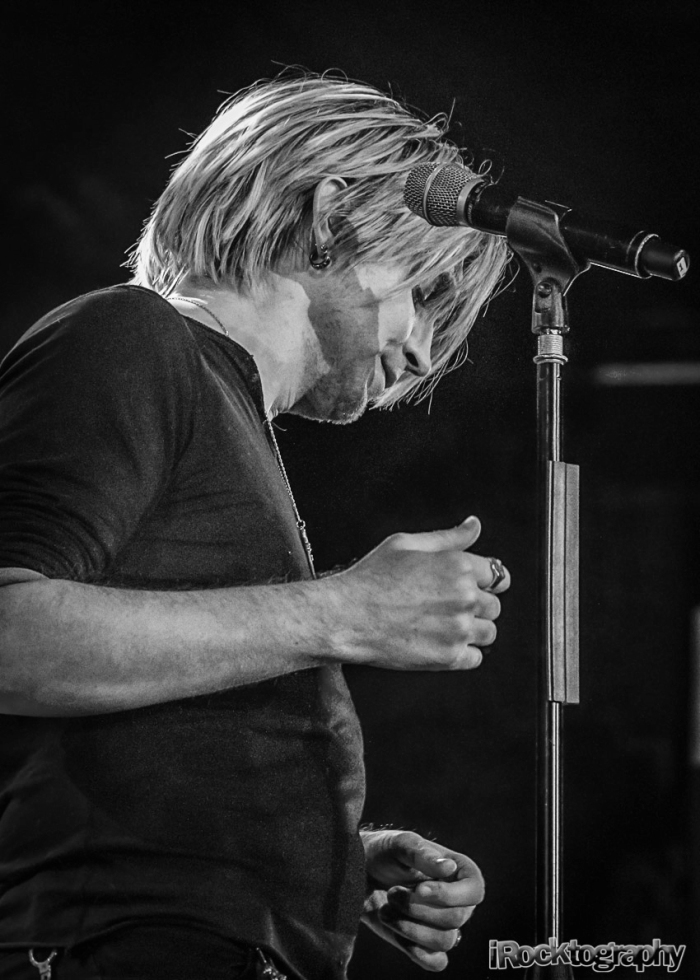 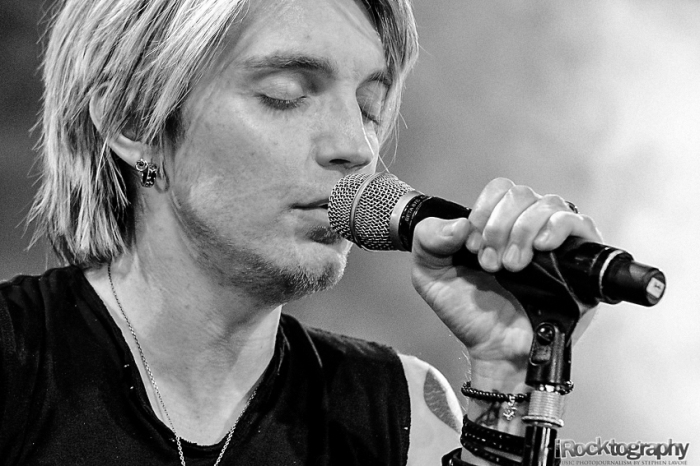 The Calling’s popularity rather quickly tapered off, with future singles failing to chart as well as their first hit. Yes they produced two studio albums and achieved top 40 chartings with singles ‘Adrienne’, ‘Our Lives’ and ’Things Will Go My Way’, but none the less, the band eventually threw in the towel in 2005, when Alex pursued his interests as a solo artist. 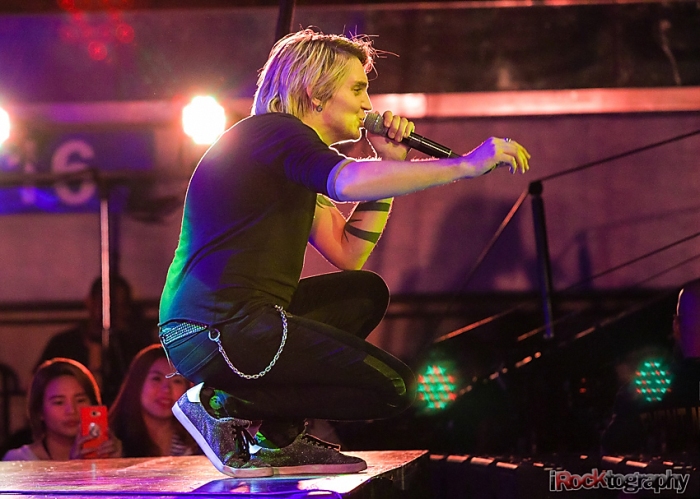 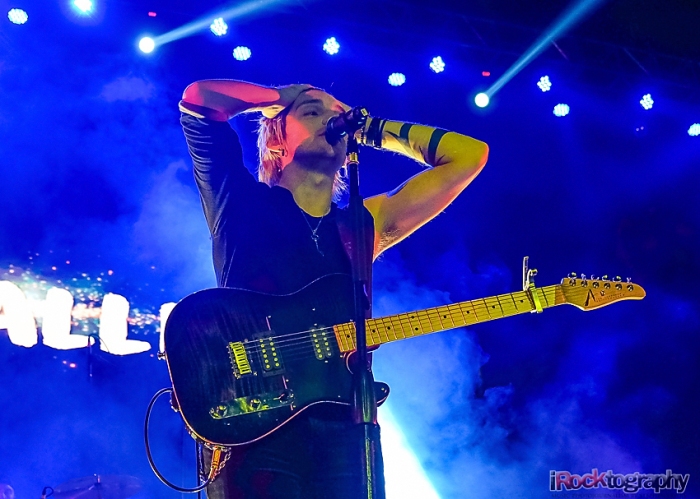 His solo career, produced some hits but certainly was not unscathed from trouble, Alex told the crowd as he introduced his song, “Only One”, saying, “I don’t even know if you saw my solo record, because EMI went bankrupt before it even came out. So are the lows of the music business.” 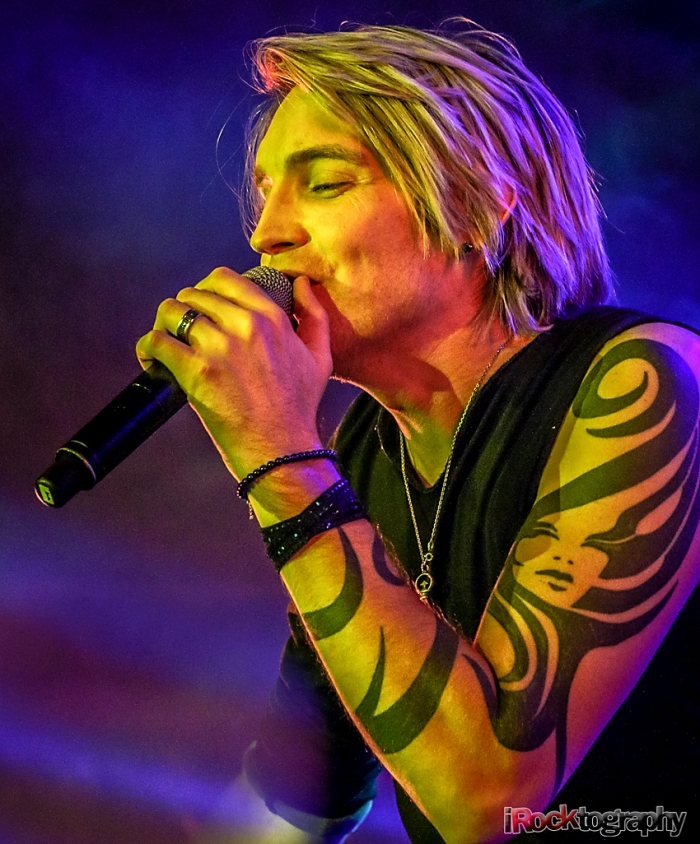 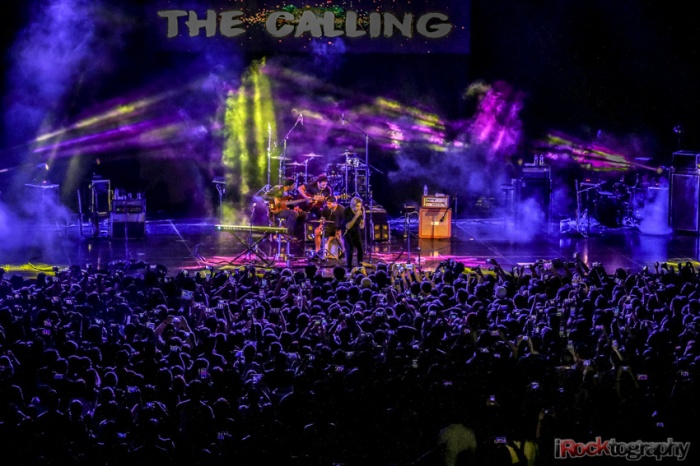 His personal life journey also took him through some uneven roads, now on his third marriage with the first two ending in divorce, a ride familiar to many. But now happily married and excitingly announcing to the crowd that he has recently become a Dad, you could feel the joy in his voice when he spoke of his new roll as a parent.

At times, you can tell more about an artist by what they do off stage, than on. At the press conference, which is a stage itself but Alex’s responses were genuine, garnering insightful answers, with an appreciative and humble tone. You can also tell a great tell about an artist by the others in his band and the band management themselves, all of which were supportive and understanding, a well rounded, professional bunch of folks. 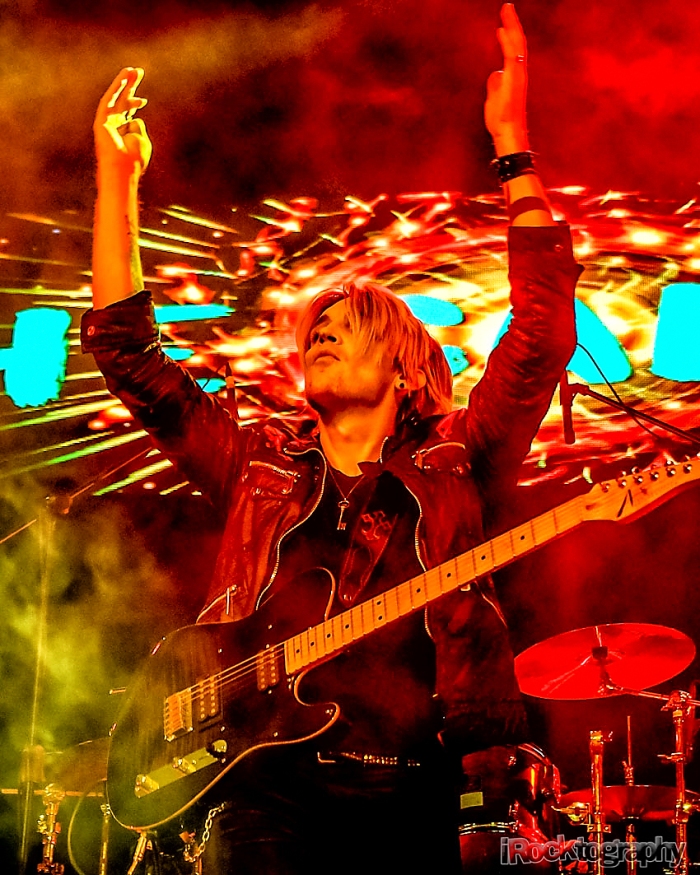 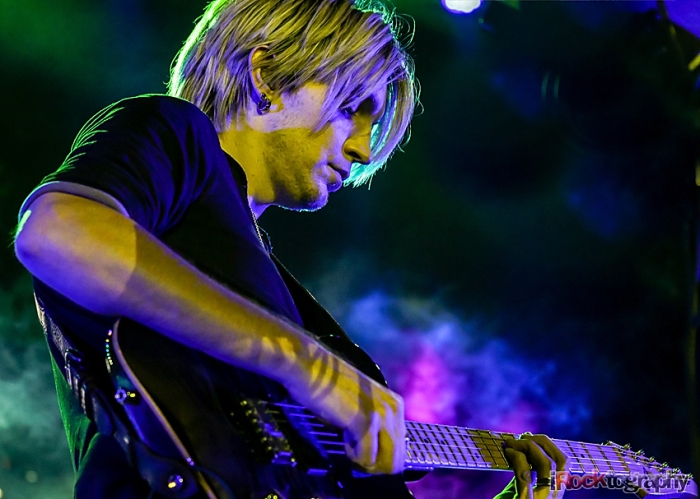 I asked, “You were once quoted as saying; ‘One of the greatest things in my life is to hear of our fans hardships and know they rose above them with the help of our music’. Whose music helped you do the same thing? Expectedly, the the first part of the answer included the typical artist one might expect to hear mentioned when it comes to musical inspirations, with likes of the Beatles, Led Zeppelin and David Bowie. Explaining that he even named his first born son after the latter, Max Bowie Band. 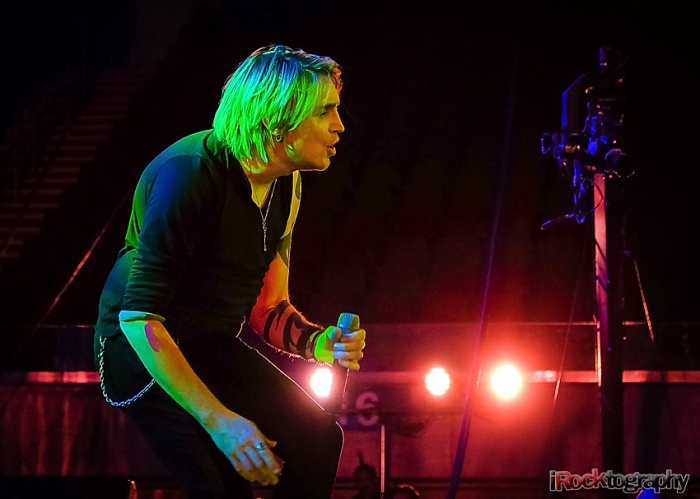 Then he went on to say, “I was diagnosed with Parkinson five years ago, Michael J Fox, you know, Muhammad Ali. Anyway, when I’m making some miraculous recovery, which is amazing, I don’t know how, they don’t know how, I’m a mystery of science.” 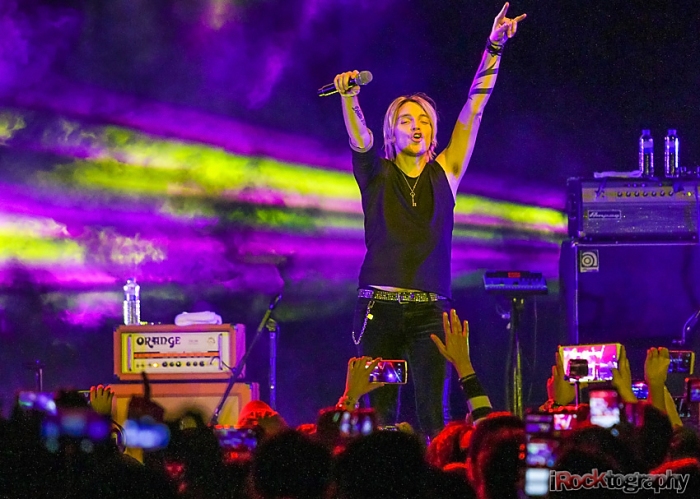 He continued in a humble manner, “It started in a wheelchair, couldn’t move. Now I’m totally fine so I’ve got a second chance at life. So I know this is kinda ridiculous to say but my new music; that no one’s heard yet, was what I’d be listening to when I was trying to get through something extremely difficult. I was a complete paraplegic, I couldn’t walk or speak or anything for a while there; it was crazy. So, my new record helped me, and I’m excited to share it with the world!”

They have a couple of records coming out soon, an album of new songs and another with the Calling’s hits reimagined accompanied by a symphony orchestra. Keep an eye out for those, money has it they’ll be impressive.

The recent incarnation of the Calling, features Daniel Damico on guitar, Albert Berry on bass and Daniel Thompson on drums. Manila was the kick off city of their recent tour, which is always special, sometimes a blessing, sometimes a curse. The setlist was solid with all the hits and an acoustic portion of the set, where he did a version of WYWG, alone onstage while his bandmates took a break. 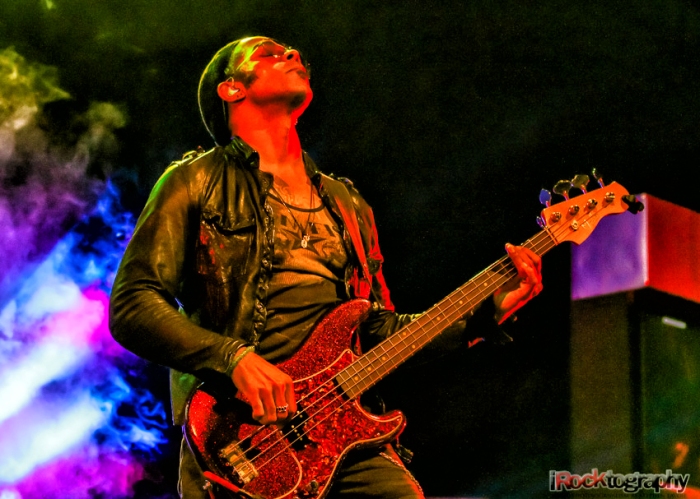 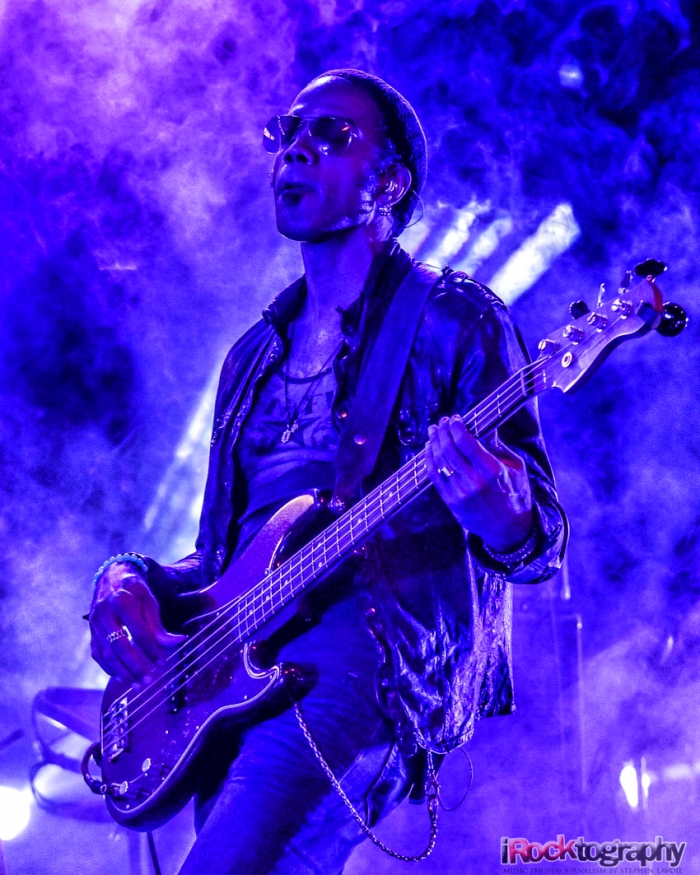 Before he began he addressed the crowd, “This was a song I wrote when I was 16 and it became this amazing song. Anyway, I never usually do this but I wanted to play this song twice tonight.” He continued, “But right now it’s just and me, later on we’ll rock it out. I’m really gonna play it how I wrote it.” I wish more artists would do this with their most popular songs, you don’t see it too often. 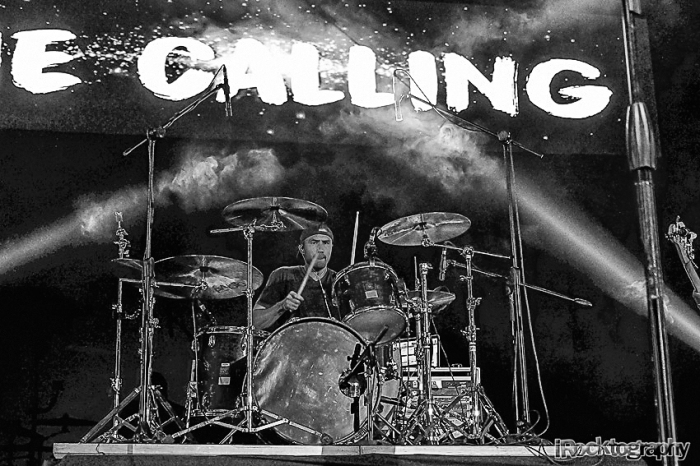 I’m certain if I took a poll, over 90% of concert goers would absolutely love to hear two versions of their bands favourite songs. This may have been the most moving portion of the concert, the feeling in the air was palpable. I also thought they did well with “Stigmatised”, after the acoustic set of the show they really hit their stride, well done indeed.

Alex Band may have had his highs and lows, as many of us do traveling through life, now it seems good things are on the horizon. Beginning with an emphasis on his recovery of being a miracle of modern medicine, they’re certainly now heading in a positive direction, up. A fresh start after a long absence from the music scene, hence the bit of rust under the hood, which I’m sure won’t take long to wear off. With just a few more concerts, release of the new material, and in 2017 they’ll be right back on top of the game, just like riding a bike. 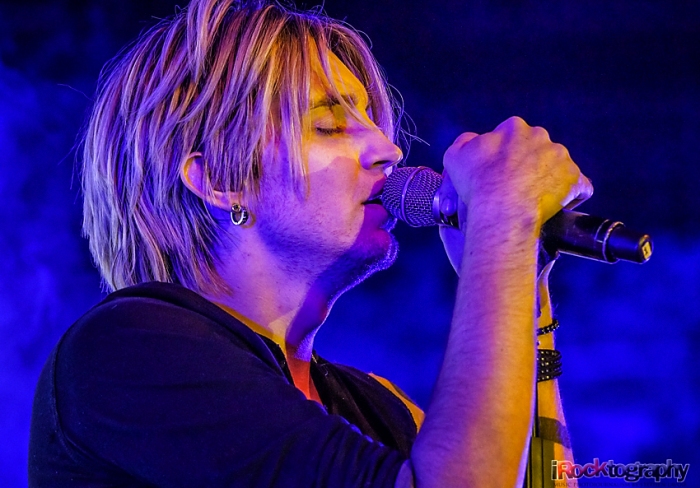 (Special thanks going out to Subterranean Ideas Entertainment for a job well done on bringing the band to Philippines shores.)