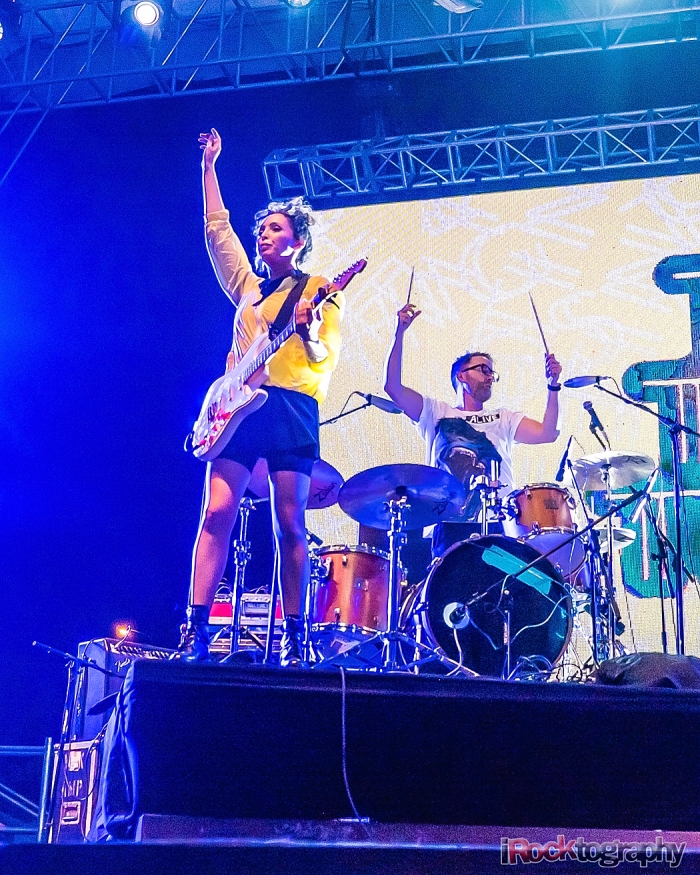 Known for their creative high-energy live sets, something about the raw and viral energy The Ting Tings produce sets them apart from most pop bands. This English duo is compromised of Katie White on vocals and guitar with Jules De Martino, a multi-instrumentalist, on drums, guitar, bass, keys and vocals. Their reputation, as one of those bands you must see live to appreciate, preceded them. 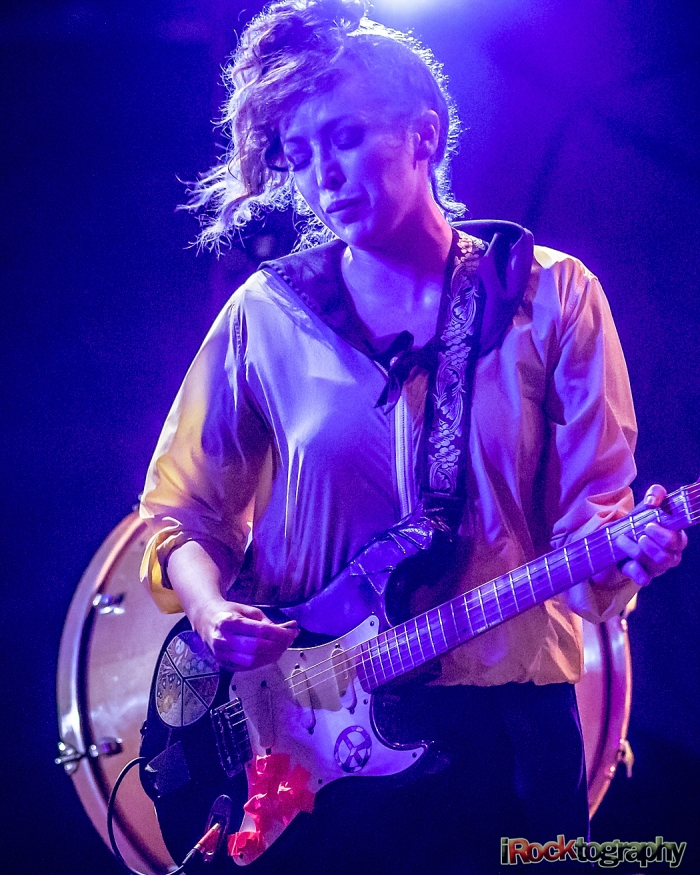 She often bopped about the stage with authority while dancing with a power and attitude you’d expect from a punk rock band. When not at the mic stand, Katie was constantly on the go, either intentionally knocking over a keyboard or any mic stands in the way, displacement with style. 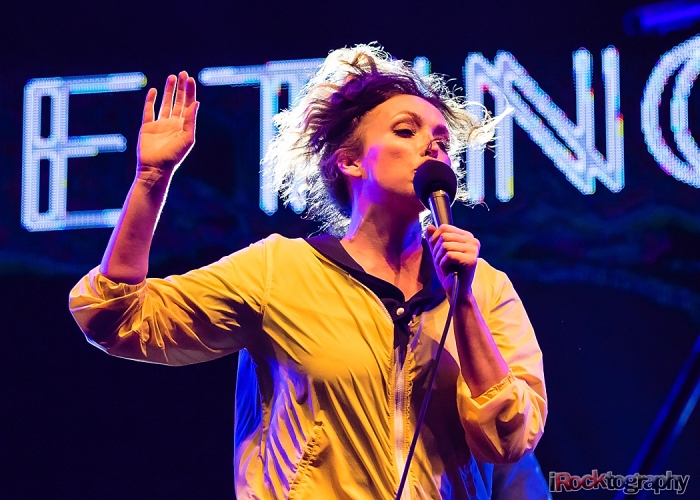 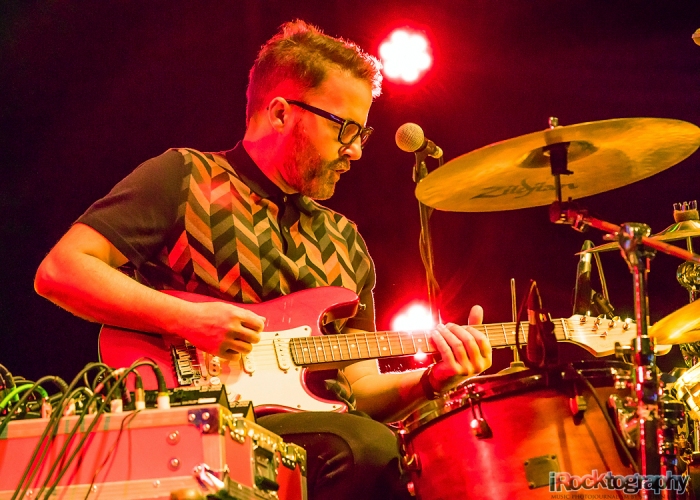 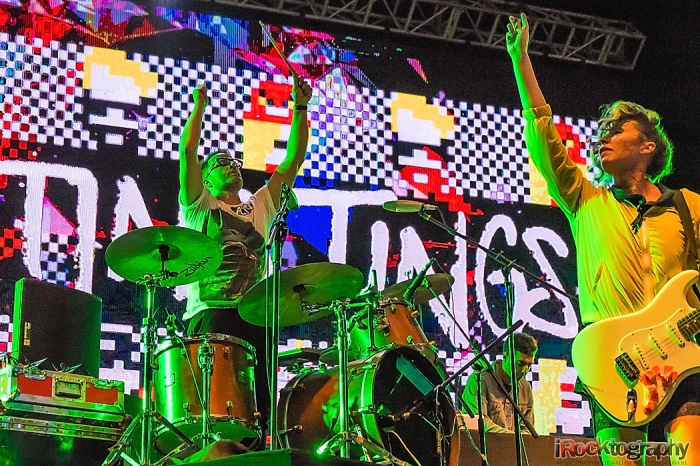 On their current tour, they were also joined by Boix, a DJ with scratching and sound effects that added robustness to the duo’s music. What impressed me here was the layers within the arrangements themselves, with only two people – Jules often looping a guitar riff or a drum beat, and Katie looping part of her vocals when called for. 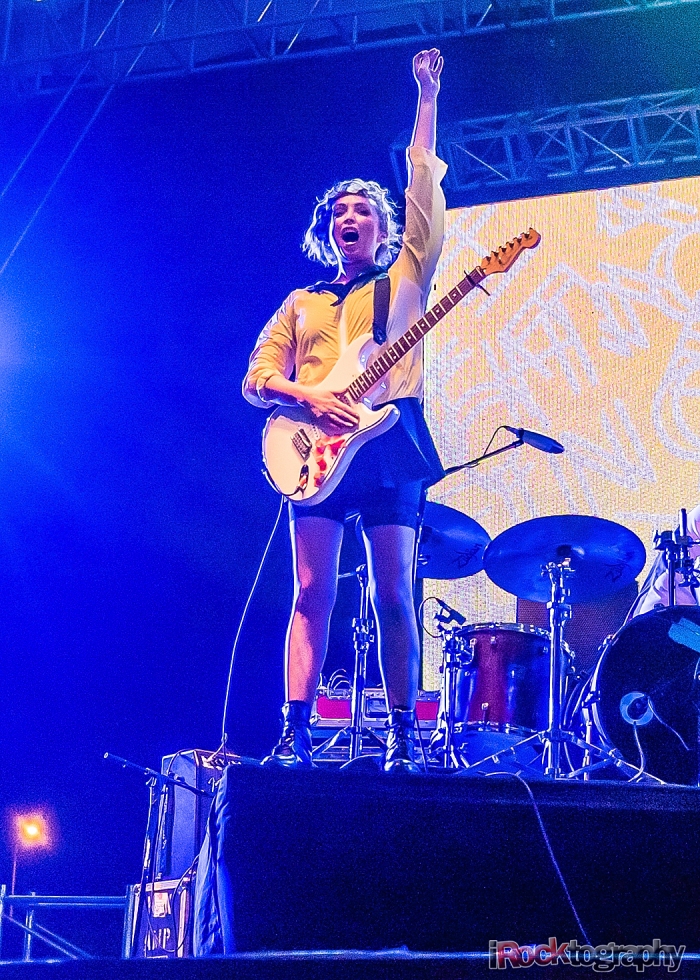 Looping is a skill not for the faint of heart and technically a challenge to master, most bands don’t even attempt it live. Ed Sheeran is an example of someone who has mastered it and Jules was no less impressive, not only mixing his percussion skills on the drums but often picking up the guitar to create a seemingly effortless sound, all while accompanying Katie on back vocals.

The setlist flowed well and many of their earlier tracks came across with character, the result, I suppose, of touring for so many years that the songs themselves begin to take on a life of their own. Well done indeed, my favorite of the day.

Special thanks going out to the folks at Karpos Multimedia, well done as usual…