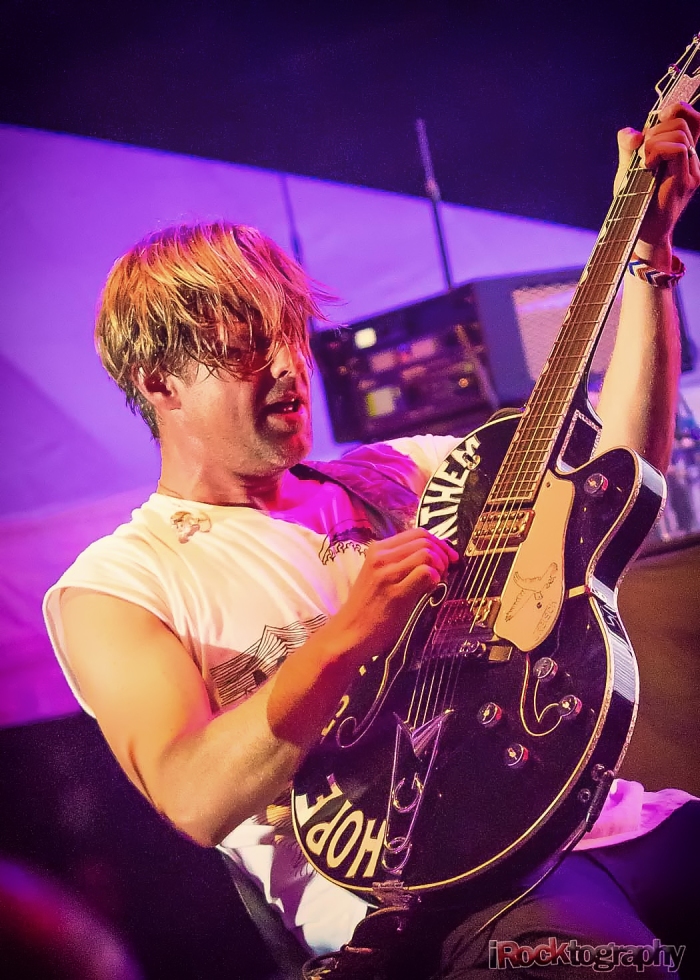 On Easter Sunday, as part of Church Simplified celebrations at the BGC Ampitheater, this five-piece rock band hailing from San Diego performed for an enthusiastic crowd for the second year in a row. 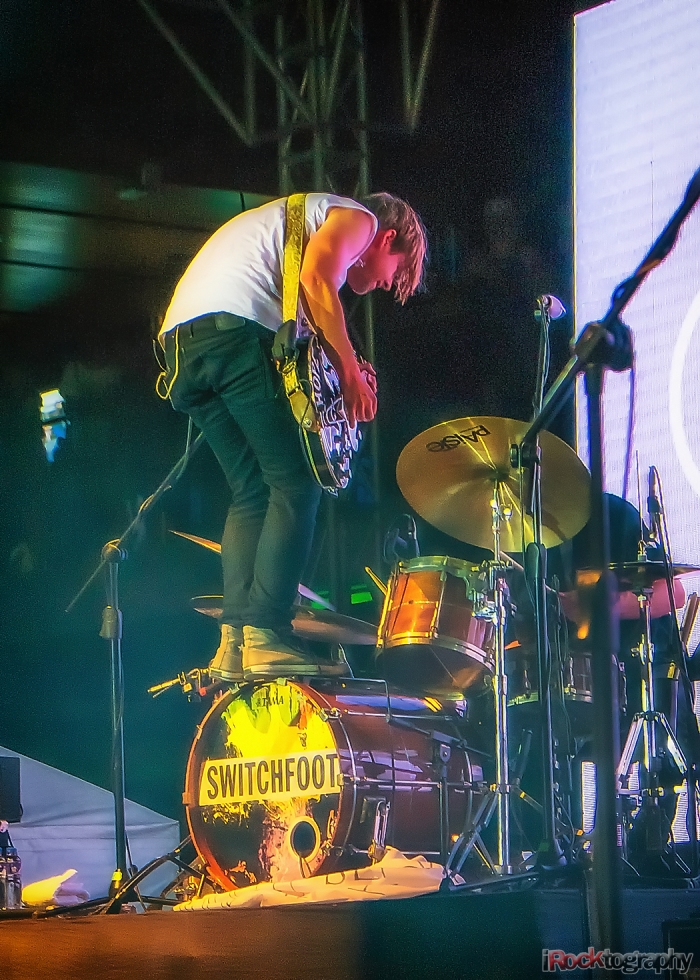 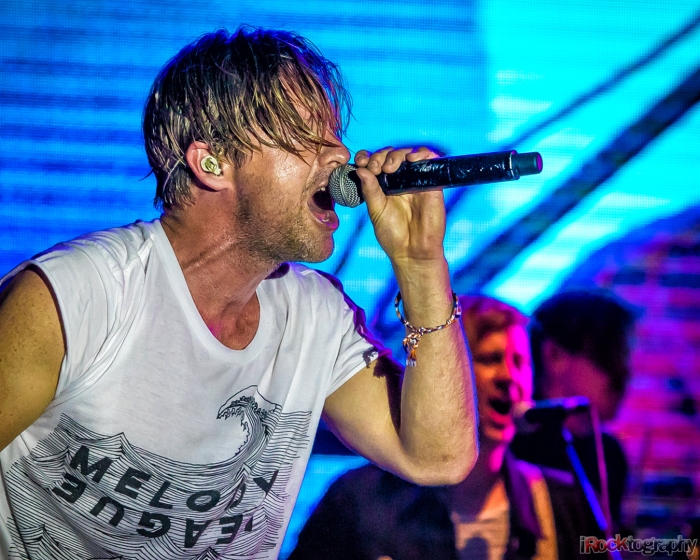 “We sing these songs, because we believe hope deserves an anthem.” Jon Foreman emphatically pronounced to the substantial crowd of thousands.

Show started in the early evening but the overcast skies and rain in the afternoon threaten to put a damper on things. With the impeding skies, I didn’t expect to see such a sizable crowd but folks showed up in droves. The event began with a front act featuring Robin Nievera warming up the crowd with an entertaining set. As the line into the VIP section began to wind around the block, the rain, thankfully held off, except for a slight sprinkle about halfway through the show, causing no ill effects, other than high humidity.

There wasn’t much of a break between the front band and Switchfoot taking the stage, the technicians operated smoothly and the quality of the sound itself was impressive. This year there were also two huge video screens flanking either side of the stage which gave everyone a close up view. There was also a video camera situated on a lengthy cable, suspended above the crowd, which moved from the soundboard area to above the stage, providing an unusual birds eye view on the big screens. The perspective in most of the locations of this outdoor venue is decent but the screens help tremendously if you’re distance away or have a partially obstructed view.

I covered their show last year so I knew what to expect, and the band did not disappoint. The crowd absolutely loved it, one of those concerts where the connection between fan and artist was palpable. An invigorating and energetic performance, they took the stage with enthusiasm, and maneuvered about like a well oiled machines. Musically, no obvious hiccups throughout the whole show, it was evident that this was not their first rodeo. One of the members of the band is Filipino, so they also have a fondness for the place, so even before they visited the country, they were aware of it’s culture. 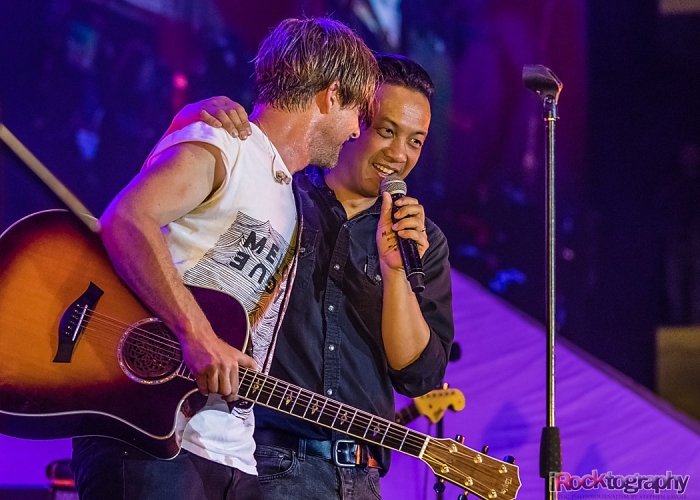 “Before we ever came here I remember thinking, if the rest of the Philippines are half as beautiful and amazing as Jerome Fontamillas, then this has got to be one of the best places on the planet!”   For the uninitiated, Switchfoot is a five piece band out of San Diego, shown here from left to right, Chad Butler on drums, Tim Forman on bass followed by his older brother Jon Foreman on lead vocals/guitar, next Drew Shirley on lead guitar and finally Jerome Fontamillas on keys and guitar.

They’ve been around for a while now, forming the band in 1996, currently on the “Looking for America” tour to promote their tenth album, “Where the Light Shine Through.” Switchfoot began their career within the genre of Christian Rock but received mainstream recognition with the inclusion of four of their songs in the 2002 movie called “A Walk to Remember”. Jon expressed, “I remember, it was one of those weird things when we had our songs, touring around America in a mini-van. And we got the call that they wanted to use a bunch of our songs in this movie. And then there was this actress (Mandy Moore) who was going to sing one of the songs.” he continued as the captivated crowd paid close attention. “Drove out to Hollywood and we were walking on the red carpet and everyone was asking, ’Who are you?’, we’re just this band from San Diego.” 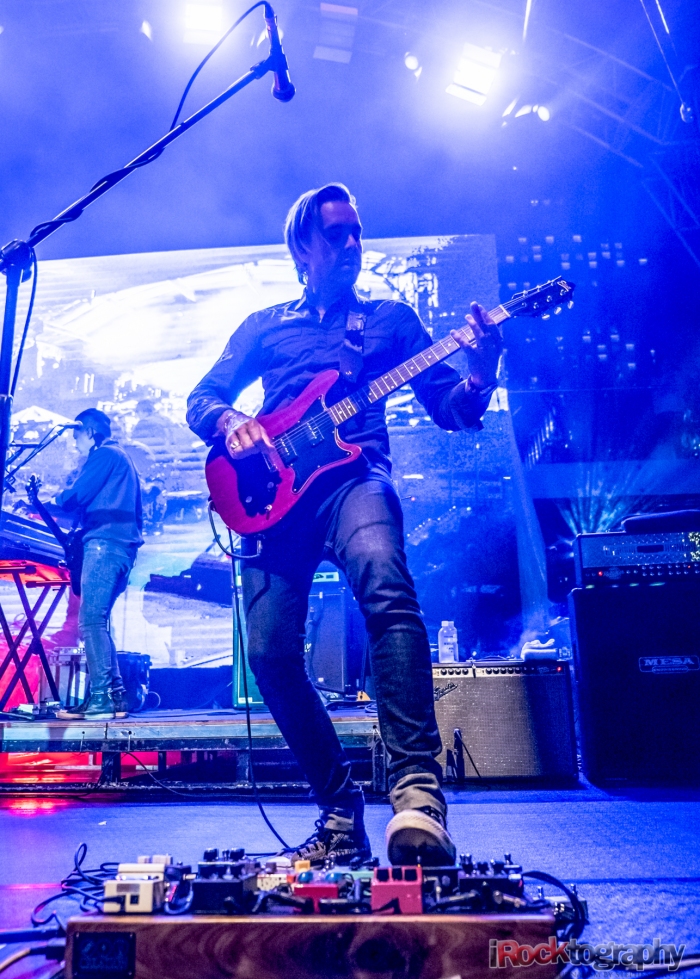 Almost as immediately, they got into the groove, and the energy was maintained throughout, it was plain to see they were extremely comfortable and familiar with the environment. And it showed as Jon frequently jumped off the stage and into the crowd to physically connect with the elated fans. The setlist flowed naturally, with smooth transitions and a well thought out mix of old and new songs. Of course, the audience erupted when the first notes were played of familiar tracks, like “Meant to Live,” “Hello Hurricane,” or “Dare you To Move.” 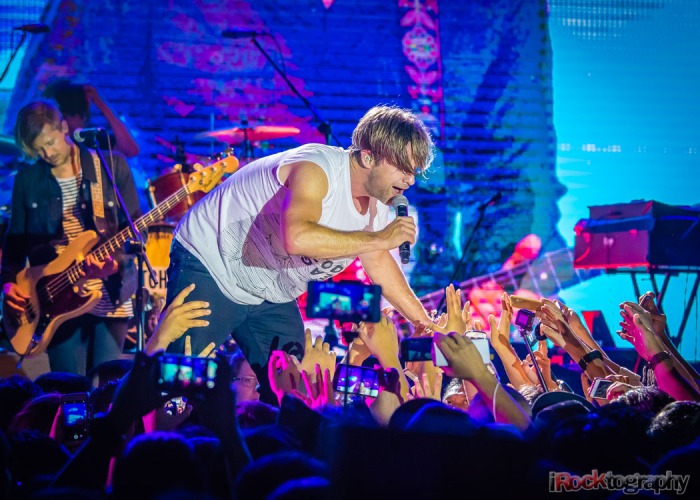 There was plenty of interesting banter in-between songs, as Jon told stories of the bands beginnings or how a song came about, or the whole reason why they’ve embarked on this journey in the first place. The interaction between this down-to-Earth frontman and the audience was simply a joy to experience. At times, just as entertaining as the songs themselves. He built a genuine rapport with the crowd and at one point describing how the experience of the last visit, the band was “inspired and kinda galvanized our entire album. So thank you for that.” 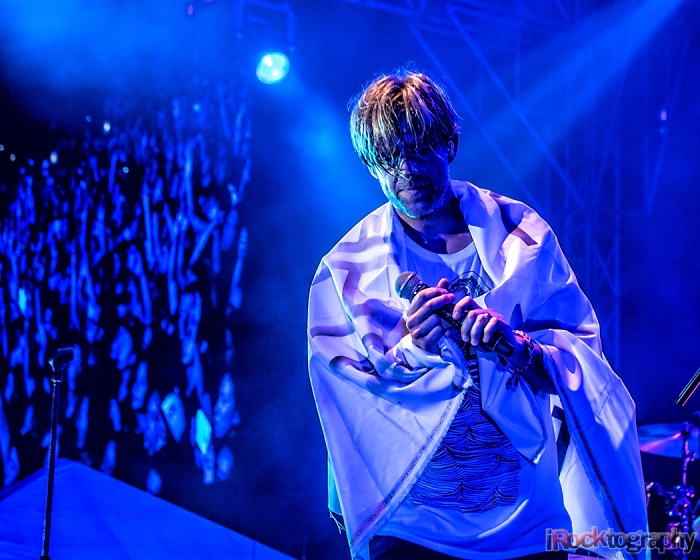 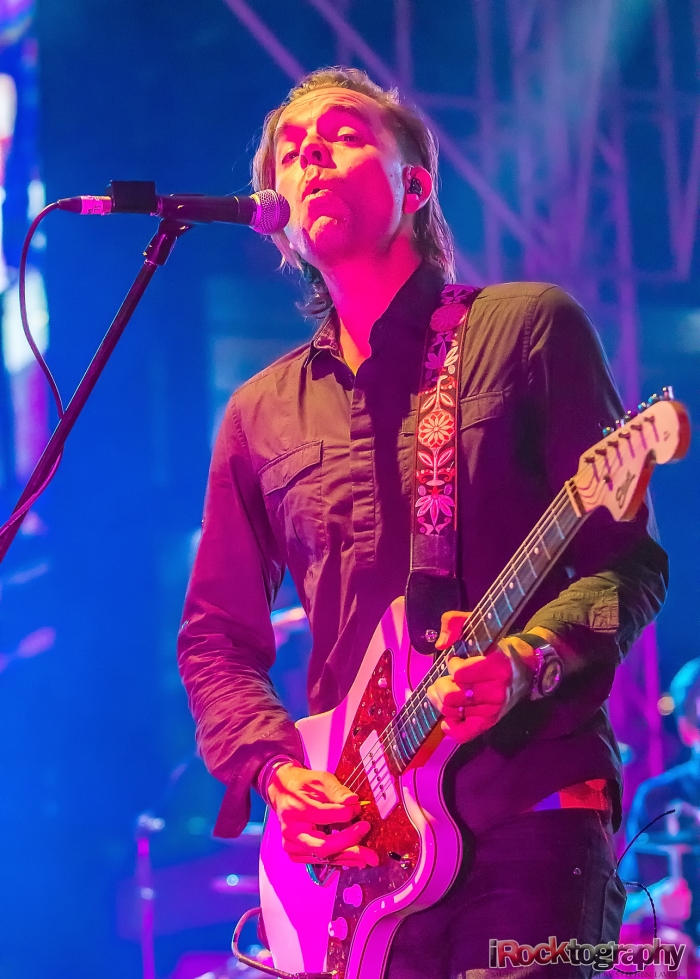 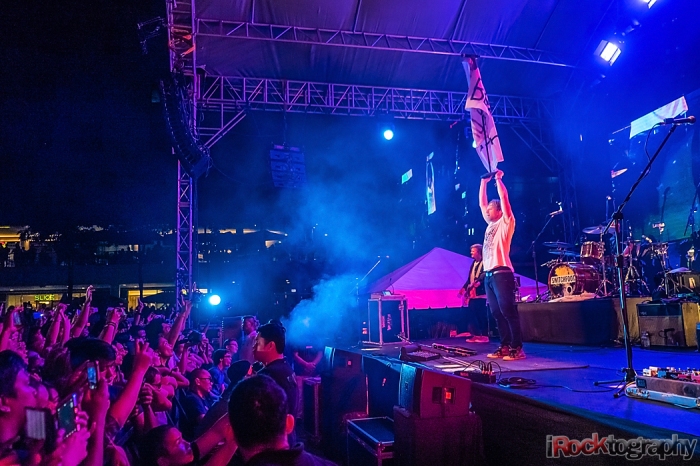 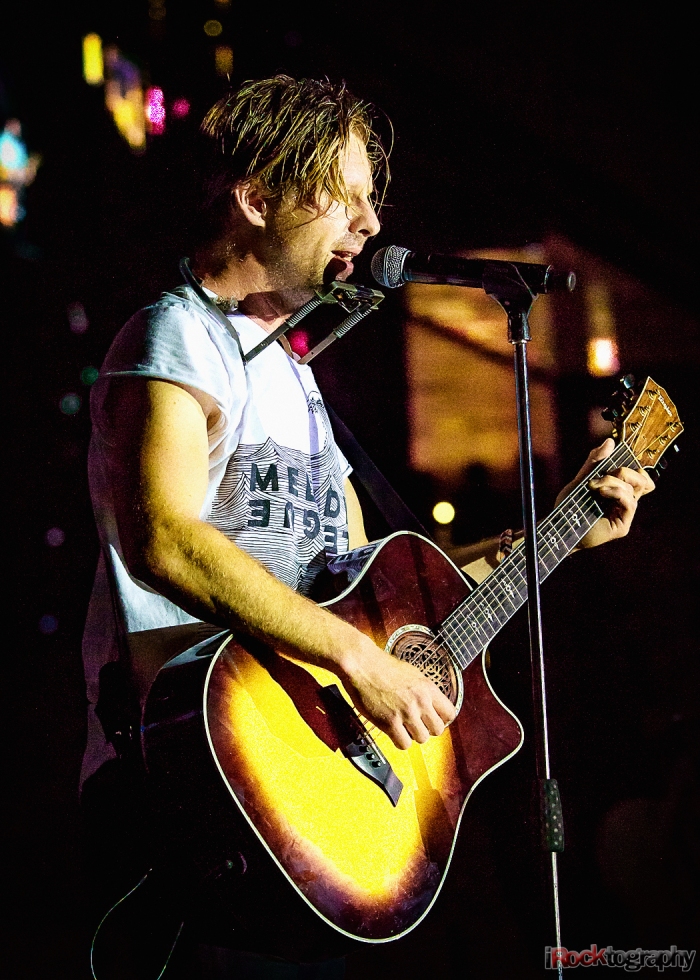 What impressed me here though, was the authenticity in the performance itself. The lyrics, weren’t just words, but carried a genuine emotion behind each and every note. You could feel the joy in his voice as he belted out the bands hits. Not just going through the motions or simple lip-service, but performing them with a zestful heartfelt quality. Which is sometimes lacking with bands who have toured around the world numerous times, and performed their hits umpteen million times. 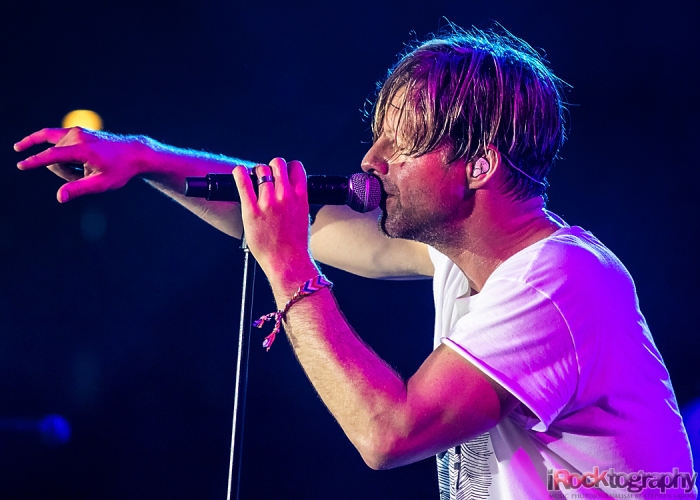 Keep an eye out for next year’s Easter Sunday event with Church Simplified, if you’re in town, it’s well worth the time… 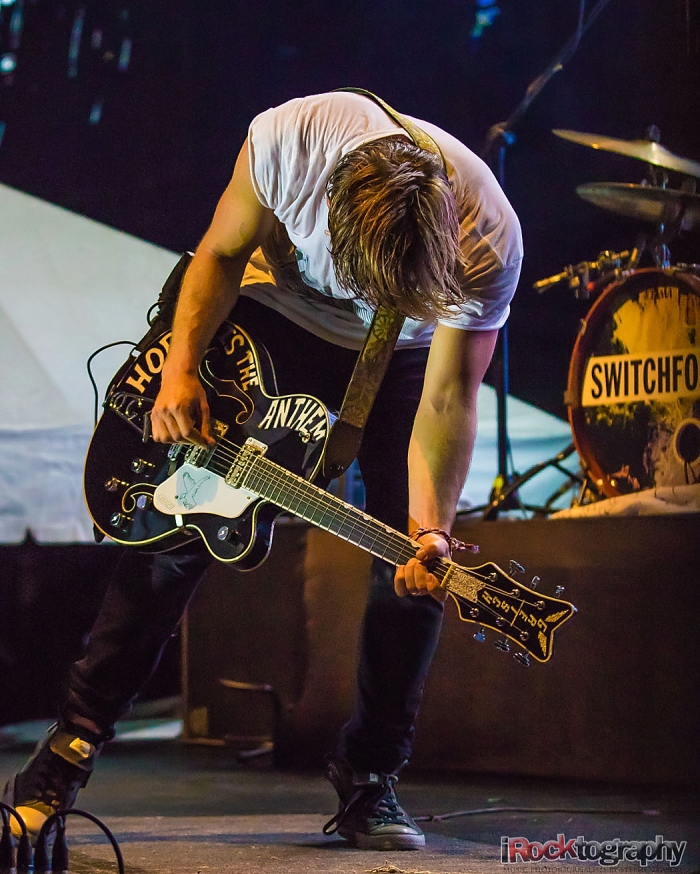