People often ask me, what makes an outstanding lead vocalist, an inspirational guitar player or a drummer that is just out of this world? Sure, it takes a certain level of skill, that is often the result of years of dedication and practice. And arguably, an inherent genetic trait, a gift from a higher power perhaps. Surprisingly though, the answer does not lie in what the individual artist does on their own but in how they interact with the other musicians.

Ringo Starr is one of the highest paid drummers on the planet, listen to the drum tracks on classic Beatles songs, everything is relatively simple, not much as far as wild drums solos go. Keeping the performance in check as what is required for the songs themselves. Consequently, everyone pays close attention to the front person of the band, the lead singer is often, mistakenly, thought of as the group. An outstanding band is not all about the skill level of the individuals, how attractive the lead vocalist is or what brand of guitars they prefer, it’s how the group serves the music itself. How they interact with one another to create something extra ordinary and the love in the room for this show was self-evident, onstage and off. 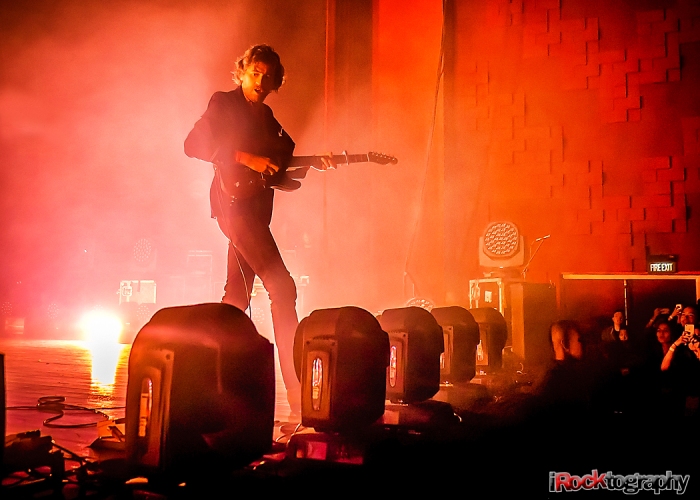 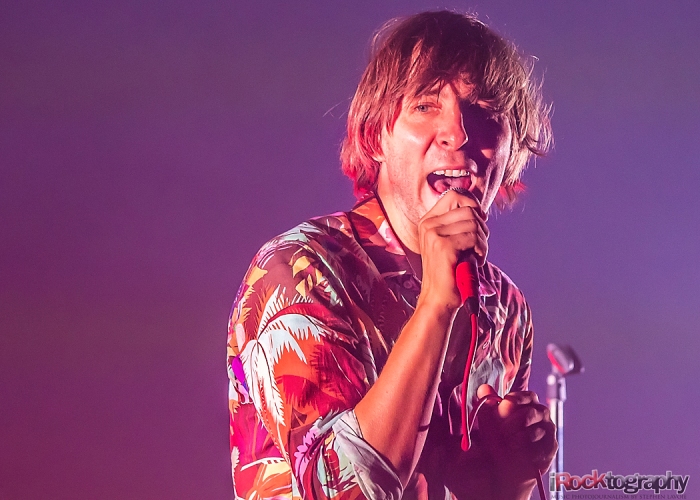 Phoenix may be the epitome of how a band of musicians should function. Hailing from the suburbs of Paris, France, Phoenix grew out of a garage band history with Thomas Mars as lead vocalist, bassist Deck d’Arcy, and guitarist Christian Mazzalai. Later adding Laurent Brancowitz on guitars  and touring musicians Rob Coudert on keyboard and percussion with Thomas Hedlund on drums.

It’s not all about a specific individual here, it’s how they interact with each other to create their signature sound. You’ll even notice this trait in the physical set up of the stage itself. Ordinarily, placing the lead vocalist of the group a bit closer to the crowd, at times just a matter of a few feet but clearly, the lead is set physically forward in the stage blocking. Not so here, moreover lining up the four core members parallel across the front. The set up of each member on equal standing provides an insight into the band’s mind set, it’s not just about Thomas, front and center with the others set back behind him. 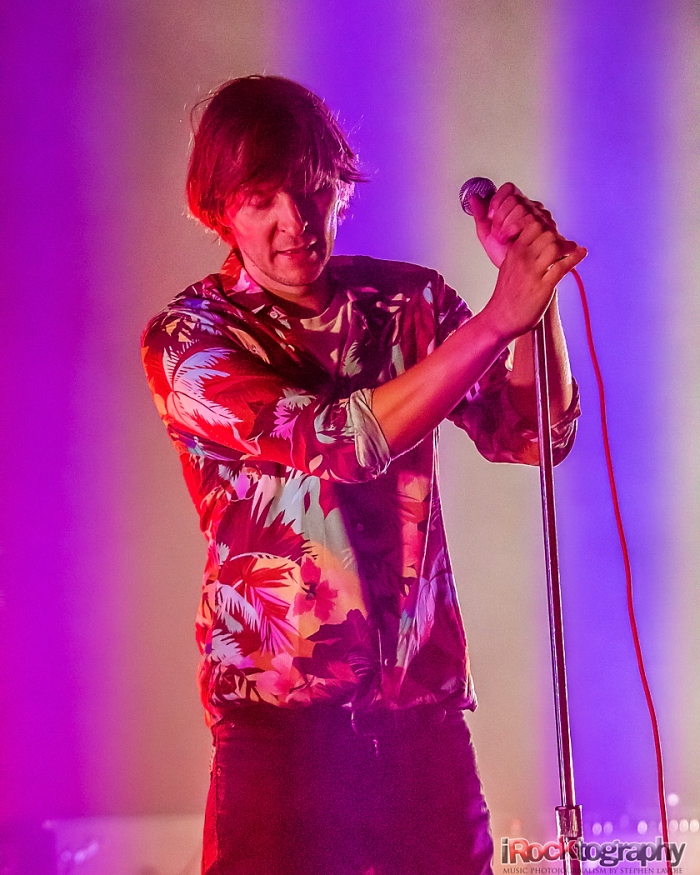 Their love for the music is also obvious in their movements as they perform, they function like a well-oiled machine. Thomas’s distinctive smooth tone is impressive and he progresses from standing still at mic stand center, then like lighting a firecracker moves with an explosive energy with legs kicks and mic cords whipping about. 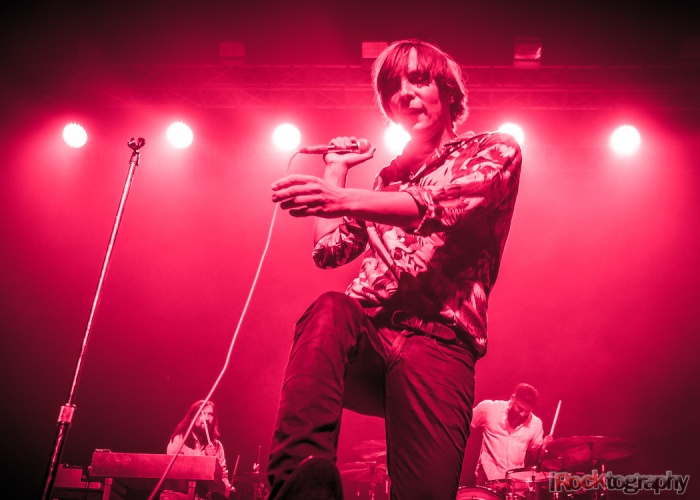 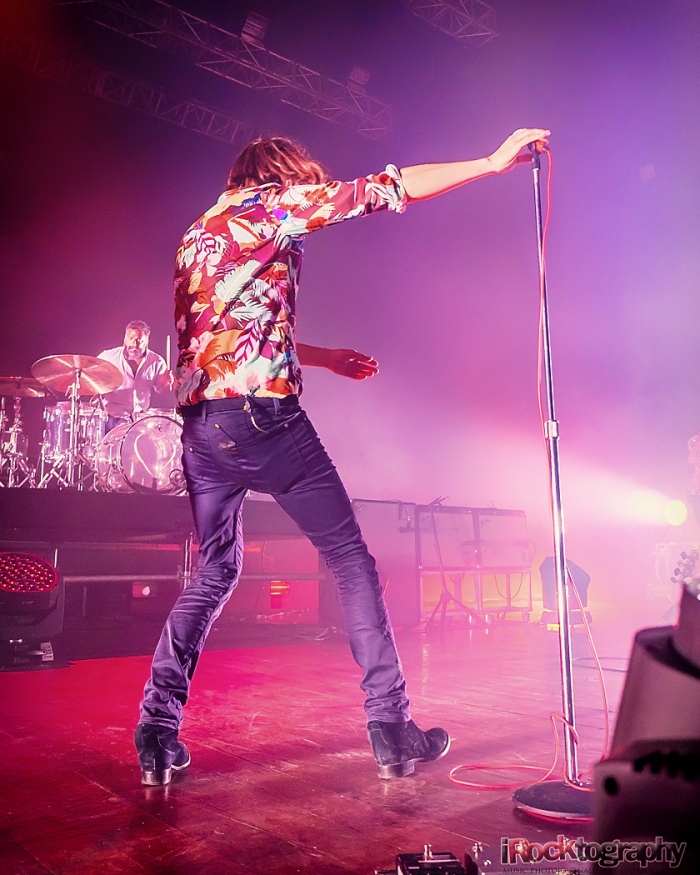 With your eyes closed, much of the evenings sound could be interpreted as something right off an album, tonal and musical perfection. Although complex, they make it look easy. With Deck and Laurent often playing guitar but performing double duty on keyboards so they are relatively still during the concert.

Fortunately, Christian on guitar more than makes up for it with his energetic style of play. Rarely remaining still, slinging his guitar above waist level, higher than where most players hold the instrument. Constantly swaying to the beat with animated facial expressions and a style all of his own, he’s fun to watch.

There is a rich and layered sound to their music, which many groups would have a difficult time reproducing in a live setting. Each of their albums puts out a slightly different vibe overall. All of them still a mishmash of pop, disco and rock sensibilities. Ti Amo, their latest effort contains tracks of something you might expect to hear in an Italian dance club.

Most folks don’t realize that this band have been around for awhile now, their first album was released in 2000. The music that caught my ear was from their album about nine years ago, Wolfgang Amadeus Phoenix; perhaps more on the alt-rock side of things. I’ll often listen to their music as something to chill out to, sit back and relax. But something changes when they perform live. There’s an energy here that’s perhaps not as noticeable on a recording. It’s contagious, infectious, and joyously uplifted the spirit of the every fan in attendance. 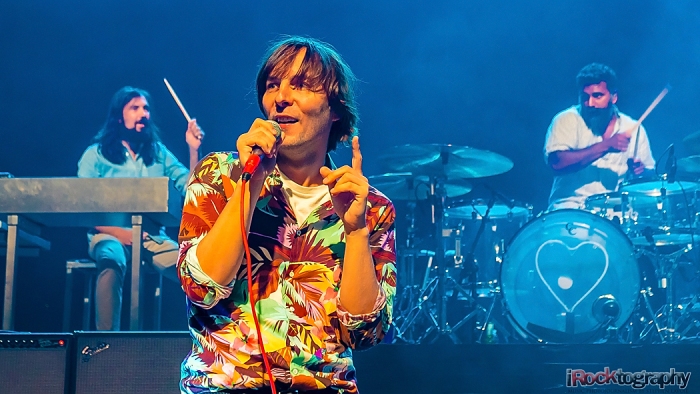 A wise layout choice for the Kia Theater, removing the center portion seats of the establishment to allow a VIP standing section, while the left and right sides kept the seated sections along with the balcony. Which made for a much more natural environment, even the folks with seats were rarely sitting down anyway. It’s music that makes you move, perhaps even convincing a statue to sway with the beat. The sound quality from the night was outstanding, fantastic no matter where you were in the building. And the subwoofers, lined up on the floor in the front of the stage, projected deep waves of sound that you could feel in your bones. Speaking with Deck after the show, such bone-rattling subwoofers did create a challenge for them on stage. The enthusiastic audience singing along to every track, along with the tremendous force emanating from the speakers, it was difficult for them to hear each other, even with their in-ear monitors turned up to the max. Nevertheless, such consummate performers, they didn’t miss a beat.

Thomas was attentive to the audience throughout the night, although not much banter in between songs, when he did address the fans, he was appreciative and thankful, at one point he jokingly remarked. “Thank you for knowing all the lyrics. They don’t know all the lyrics back home like this. You’re the best. The best singing crowd.” 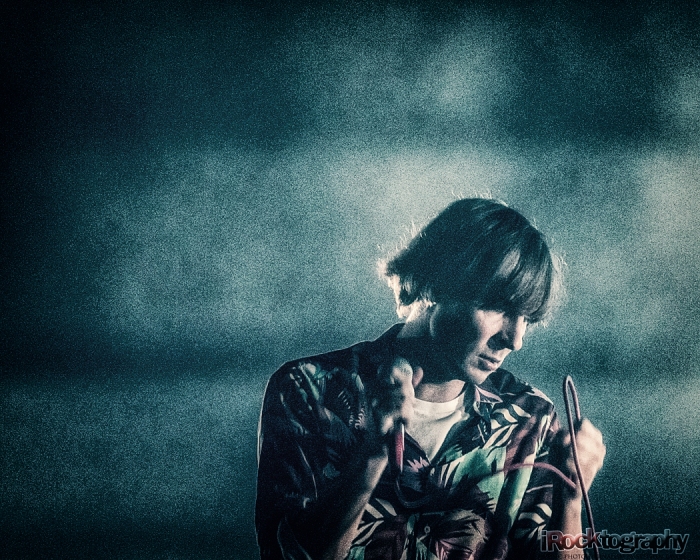 The setlist was a thoughtful mix and included their popular songs, along with tracks off the new album. Stage lighting proved interesting with custom graphics on a huge video screen as the backdrop, was just enough without becoming a distraction. There was a row of lights across the entire front edge of the stage and a steady stream of fog, which created a vivid effect but a challenge from a photographic point of view. I was a bit disappointed upon my arrival, not to see the gigantic mirror that they have been touring with. It usually hangs in the backdrop at about a 45-degree angle, so the presentation we saw on the back-screen, would actually be an LED display underneath their feet, and the mirror reflecting a conglomeration of the video and all that’s happening on-stage. An interesting bird’s eye view, something unique but most likely, a logistics nightmare to travel with internationally. 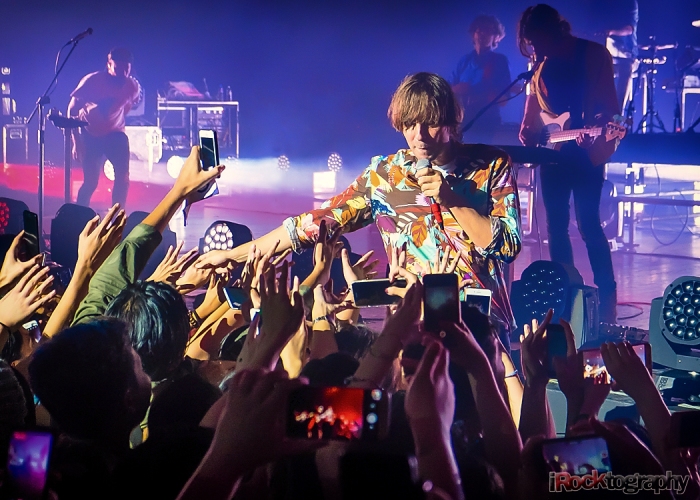 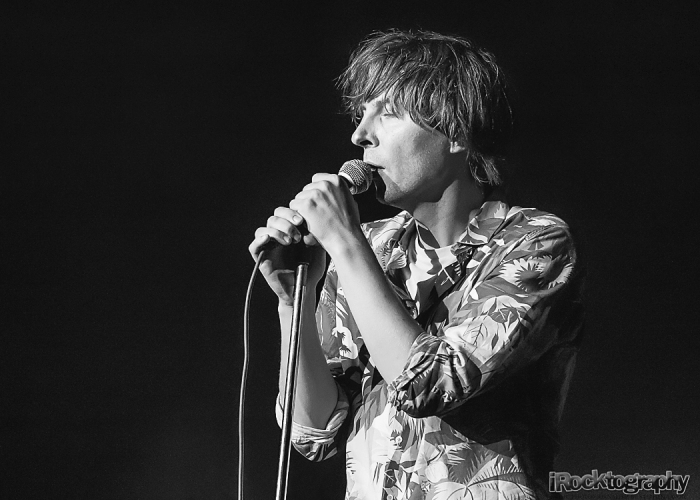 The encore included a never before performed version of a new song, “For Di Latte.” Thomas excitedly told the fans, “You have been so good to us, you deserve a treat.” Thomas also went crowd surfing, which he is now well known for and even Deck and Christian on guitars, stepped down atop the speakers to approach the audience and physically interact with them. That is something you don’t often see, ordinarily, a behavior kept exclusive for the lead vocalist, but as mentioned above, everyone gets into the act equally with this band. Thomas also went deep into the crowd dragging a long reinforced mic cord along with him as confetti showered the venue to end the show. 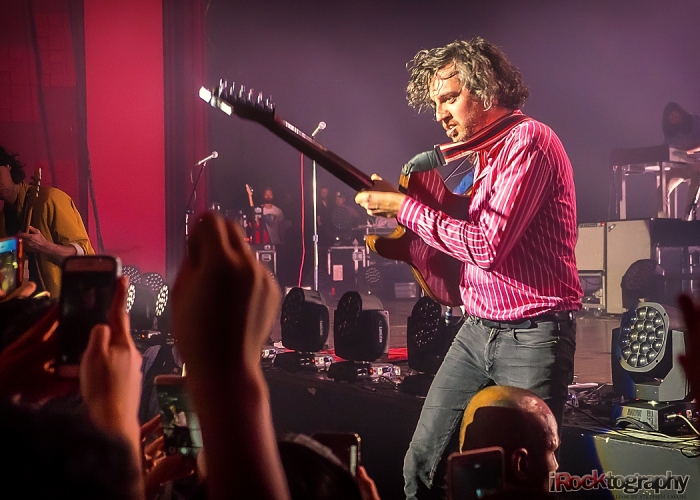 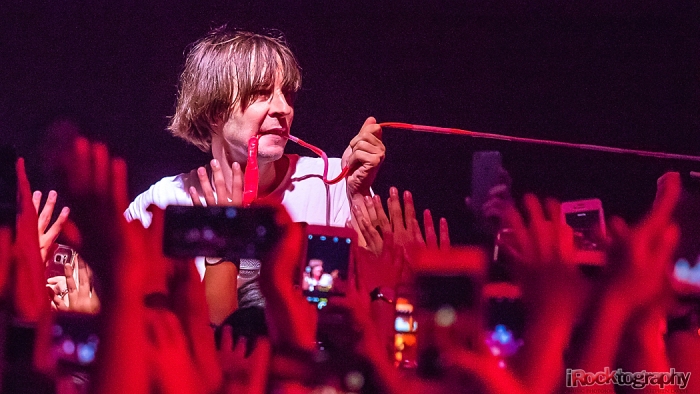 This band may be an anomaly in today’s music scene, they have been creating music of higher than average quality, in a consistent fashion for a considerable amount of time now. This group performs like a band should, each member knowing what the others are doing at any given moment. Air tight with the ability to transport the audience to another place. Describing the magic of the night is difficult with words, one of those things you have to experience to catch the full breadth of it all. I can say with certainty, go see them live, it’s one of the most outstanding performances you’ll ever experience. As the old adage goes, the whole is only as good as the sum of its parts and the part that each of these exceptional artists brings to the table, makes you sit up, smile and ask politely for a second helping.