Eleanor Dubinsky has found the tender edge where jazz, world, and pop sensibilities meet emotionally forthright songwriting. Composing in English, French and Spanish, the indie songstress is noted for her soothing, sultry vocals, enlivened by Latin, Brazilian, American and West African rhythms. Accolades include being named “Best Up and Coming Francophone Singer in NYC” by French Culture Guides and winning the Sennheiser recording contest at the 2012 ASCAP EXPO with her song “Wait For You” (included on her upcoming release).

Eleanor’s music has been featured on MTV, Lifetime and Animal Planet, ads for American Express, radio stations throughout Mexico, and NPR’ Alt Latino. She has made many festival appearances including Lincoln Center’s Boro Linc: La Casita, the 4 + 4 Days In Motion festival in Prague, The Philadelphia International Festival For The Arts at the Kimmel Center, the Puerto Morelos Music Festival (Mexico) and concerts in Costa Rica, Portugal, France, Mexico, Cape Verde and Senegal. Performing regularly in New York City and the surrounding area. 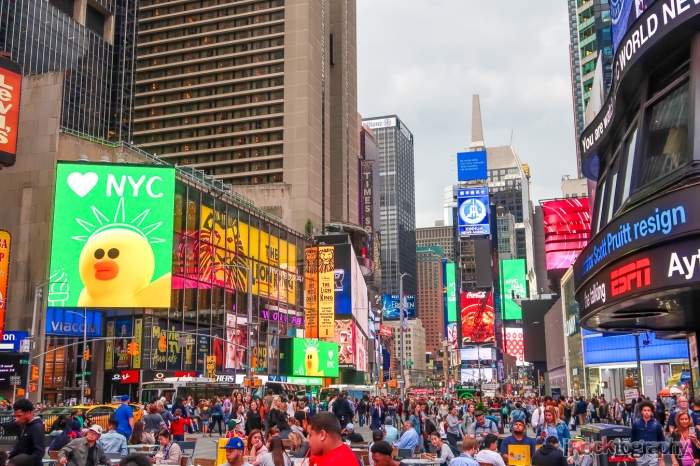 Dubinsky also teaches songwriting and performs for children and adults receiving cancer treatment at NY Presbyterian Hospital. Dubinsky has two releases to date, Touch The Sky (2011) and Listen To The Music (2012) and has collaborated on side projects including Sugar On My Mind, a favorite co-write with Erik Lawrence (Levon Helm, Amy Helm, Butler Bernstein and the Hot 9, The Levin Brothers) and Charlie Burnham (Cassandra Wilson, Martha Redbone). She will launch her third release Soft Spot Of My Heart on March 30, 2018. 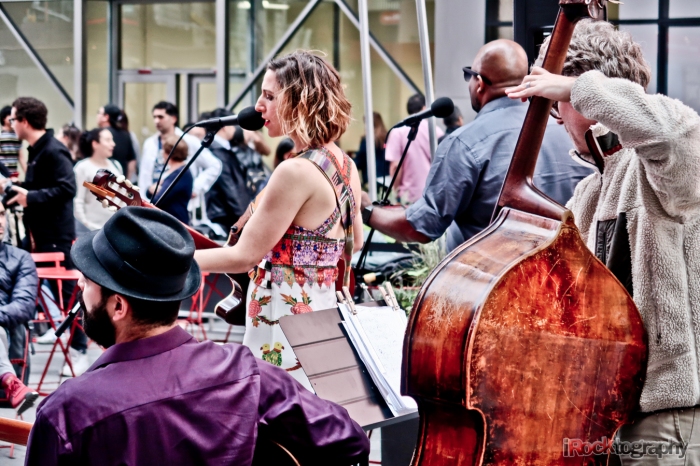 Dubinsky grew up in St. Louis, Missouri, studying classical cello from the age of three, singing as the vocalist in her high school jazz band and immersed in musical theater and contemporary dance. A mid-sized mid-western city with a rich history of civil rights activism and pronounced economic disparity across communities, St. Louis was an influential breeding ground for Dubinsky’s sense of social justice. 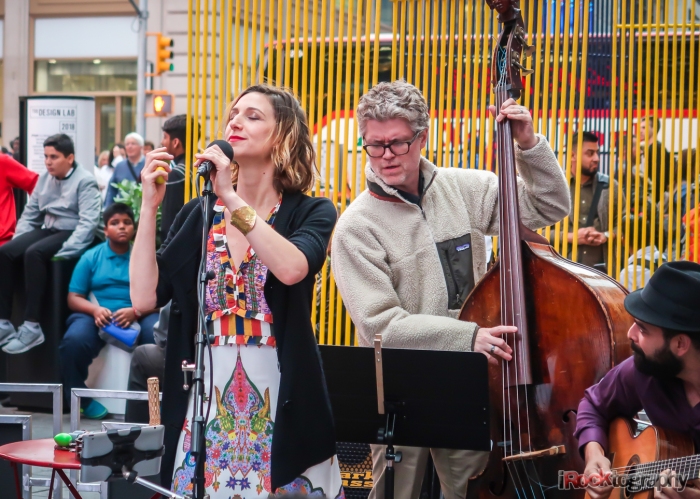 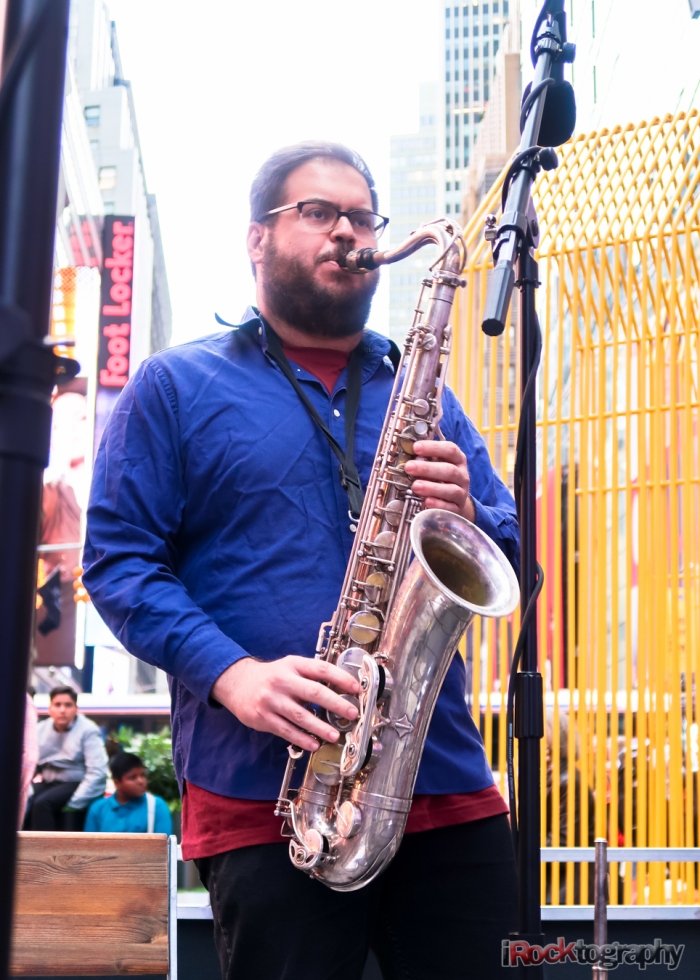 Discovering as a child that her musical ear translated to an affinity for learning foreign languages, Dubinsky’s cultural and linguistic fluency afforded her the opportunity to travel to France repeatedly in cultural exchanges and academic programs. She later transferred these skills to learning Czech while studying in Prague, Spanish while traveling to Cuba (to study dance and percussion) and Mexico, and Portuguese while researching and touring in Portugal and Cape Verde: “I’ve always been able to absorb languages easily and to feel at home in the warmth of ‘foreign’ environments – it’s like you tap into “I’m a person, you’re a person” instead of “I’m from here, you’re from there…” and then it’s all us – just people in a room, hopefully being able to communicate.”  Dubinsky’s linguistic facility and substantial time abroad informed her belief in the importance of art as a form of social action and a way to bridge communities. Before focusing primarily on music, Eleanor spent a decade dancing in the highly collaborative and inquisitive New York City downtown dance scene, creating her own pieces and assisting award-winning performance artist Ann Carlson, known for her boundary-pushing site-specific performance installations.

In 2012, Dubinsky began following a thread she found listening to Portuguese/Cape Verdean artist Sara Tavares. Tavares’ music was like a call she had to answer, feeling such a natural compatibility with her sound that she had to know more about her and more about the roots of the music she was making. “I loved the groove and rhythm of the music I was hearing – it was soft and strong at the same time, super groovy, danceable and inviting…It’s like my natural sound was somewhere outside my body and I had to go out and find it, and learn more about it so I could bring it into my own music.”  This thread took her to Portugal and Cape Verde, launching a five-year period of research and exploration that has broadened her influences, skills and musical community, ultimately leading to Dubinsky’s aforementioned current and third extended recording project Soft Spot Of My Heart, a globally savvy collection of tracks that foreground her emotional honesty and voice while fully embracing the musical colors and influences of a diverse group of collaborators from Portugal, NYC, Cape Verde and Brazil. (from website bio page) 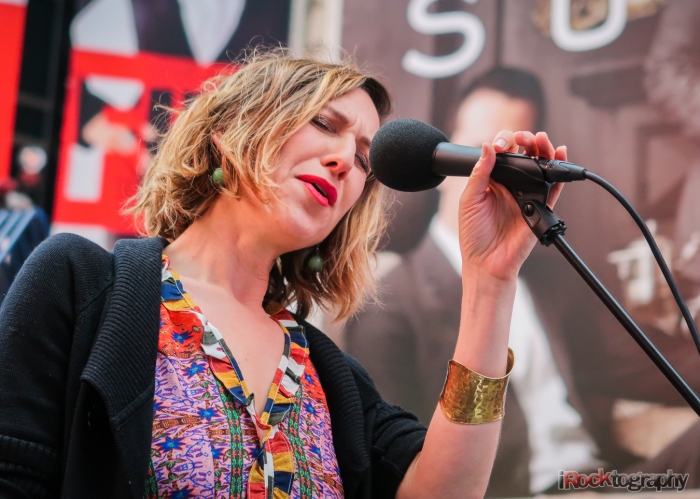